It’s been a while since the NFL has felt this wide open.

There arguably never has been a greater gulf between the league’s elites and dumpster fires, and the NFL’s middle class is in disrepair. But if the relatively disjointed play in Week 11 tells us anything, it’s that you can make the case for a whole bunch of teams to win Super Bowl LIV.

Take the Patriots, for instance. They’re the Vegas favorites at the moment, and with that elite defense (not to mention Bill Belichick and Tom Brady), it’s easy to see why. But given their offensive issues, would it be shocking to see them sputter in the playoffs and get knocked off? How about the Ravens? Sure, they could go into Foxboro and beat the Patriots in January, but it would be hard to bet against Belichick and his defense getting a second crack at Lamar Jackson and Co.

The NFC is up for grabs in the biggest way. A team like the 49ers looks ready to take the next step and contend for a title, but you also have the veteran-laden New Orleans Saints looking to right some wrongs from a season ago. In fact, there are five teams in the NFC with at least eight wins.

1. New England Patriots (9-1, Last week: 1): It wasn’t pretty and Lord knows Brady wasn’t happy with it, but a win at Philly this time of year is a good win. New England still owns the top spot in the AFC, and the defense rebounded well. As long as they hold the No. 1 seed and things go through Foxboro, the Patriots are the favorites.

2. Baltimore Ravens (8-2, 3): There’s a strong case for them to take the top spot. Since beating the Patriots in Week 9, the Ravens have outscored their opponents 90-20. That includes a thorough dismantling of Houston this past week in a potential playoff preview.

3. San Francisco 49ers (9-1, 2): The running game is starting to slow some, but Jimmy Garoppolo has picked up the slack, throwing four touchdowns in two of the last three games. The run defense, however, might be an issue: San Fran has allowed an average of 125.7 rushing yards per game since October began.

4. Seattle Seahawks (8-2, 4): Well-time bye week for the Seahawks, whose next four games are: at Philly, home for Minnesota, at the Rams and at Carolina.

5. New Orleans Saints (8-2, 5): It wasn’t their sharpest effort in Tampa Bay where Jameis Winston literally threw them the game, but Drew Brees looked as back as can be, completing 28 of 35 passes with three touchdowns.

6. Green Bay Packers (8-2, 6): So, how good are the Packers? They’re fully healthy out of the bye and have a huge test Sunday night in San Francisco. If they can pull off the upset, it will go a long way in not only trying to secure the division but perhaps inching closer to having the NFC playoffs go through Lambeau.

7. Minnesota Vikings (8-3, 8): A win is a win, but the Vikings needed a miracle comeback to survive the Denver Broncos. That said, they’re keeping pace with the Packers in the NFC North and their plus-84 point differential is fifth-best in the NFL.

8. Kansas City Chiefs (7-4, 8): Sure, they were gifted Monday night’s game in Mexico, but the Chiefs now can regroup on the bye and fine-tune things for a stretch run. This probably goes without saying, but after a bumpy month or two, Kansas City is going to be “the team nobody wants to play” in the playoffs.

9. Dallas Cowboys (6-4, 9): Dak Prescott has been slinging it, averaging 46 attempts and 420.5 passing yards per game the last two weeks. But that kind of success will be far harder to come by when he and the Cowboys go to New England this week in a marquee matchup.

10. Houston Texans (6-4, 9): The Texans can just go ahead and erase Sunday from their memories. They were dismantled by the Ravens, being outgained by 259 total yards. A huge three-game homestand (Indianapolis, New England, Denver) awaits and could make or break their season.

11. Buffalo Bills (7-3, 16): We look dumb for having ranked the Bills so low last week and having them shoot up this week, but this part of the rankings really just is a dart throw at this point. Anyway, nice job beating the Dolphins.

12. Oakland Raiders (6-4, 13): The Raiders are starting to look like a playoff team, but they need to take care of business this week at the Jets, which is a textbook trap-game situation with a game against the Chiefs — for first place in the AFC West — potentially looming in Week 13.

13. Los Angeles Rams (6-4, 15): LA still is technically alive, but there’s a reason why Football Outsiders gives the Rams just a 14.5 percent chance to make the playoffs. They’re already a game-and-a-half out of the playoff picture, and they still have the Ravens, Seahawks, Cowboys and 49ers on the schedule. Good luck.

14. Indianapolis Colts (6-4, 17): The weekend’s worst call wasn’t the DeAndre Hopkins missed passed interference but instead was officials wiping out Quenton Nelson’s touchdown run on a technicality (with the technicality being he never actually reached the end zone). Luckily, the overturn couldn’t take away his keg stand celebration.

15. Philadelphia Eagles (5-5, 11): The weird irony with the Eagles is that after spending the first two months (rightfully) criticizing their defense, we’re all starting to realize it’s going to be the offense — mainly due to injuries — that might do them in. For now, though, they’re still very alive in the NFC East.

16. Carolina Panthers (5-5, 12): The good news for Kyle Allen is he probably can’t play any worse than he did Sunday, throwing four picks at home against a seemingly listless Falcons team. The bad news is, a game in New Orleans this week might actually test that first notion.

17. Tennessee Titans (5-5, 18): Great job by the Titans sitting at home and doing nothing this past week.

18. Cleveland Browns (4-6, 24): It’s easy to forget given the hardcore match that broke out in the final seconds, but the Browns won Thursday night. They have won two in a row and have Miami at home this weekend. Don’t let the Browns get hot, folks.

19. Pittsburgh Steelers (5-5, 14): If Myles Garrett didn’t bash a dude over the head with a helmet, everyone would have talked about how awful Mason Rudolph was in the loss to Cleveland.

20. Jacksonville Jaguars (4-6, 20): From the “What we learned” column on the Jaguars’ official team website: “It’s time to stop talking about the postseason.” No argument there.

21. Chicago Bears (4-6, 19): Saints, Chiefs, Patriots: That’s it. That’s the list of teams with better Super Bowl odds than the Bears when the season began. You can laugh now.

22. Los Angeles Chargers (4-7, 21): Admittedly, I didn’t watch much of Monday night’s game. But aren’t you kind of asking for trouble when you run the ball just 19 times against one of the NFL’s worst run defense? Like, no kidding Philip Rivers is gonna throw four picks when you just let him chuck it 52 (!) times.

23. Detroit Lions (3-6-1, 22): The Lions now have allowed 30 points in four games this season, as Matt Patricia continues to be reminded it’s a lot harder to coach the defense when Bill Belichick isn’t picking the players.

25. Atlanta Falcons (3-7, 27): Dan Quinn wasn’t fired during the bye week. Instead, he reshuffled his coaching staff, and the Falcons have won the two games since by a combined 43 points. Nice job, Dan Quinn! Sorry we tried to fire you a few weeks back.

26. Arizona Cardinals (3-7-1, 26): The 49ers must be glad they don’t have to see the Cardinals anymore, as Arizona was a thorn in their side in both games. This final score is wildly misleading after one of the worst gambling beats you will ever see in the final seconds.

27. Denver Broncos (3-7, 25): The good news: Denver opened the game in Minnesota on a 20-0 run. The bad news: literally everything else that happened after that.

29. Miami Dolphins (2-8, 28): Miami’s winning streak is over after an impressive lack of commitment to running the ball: The Dolphins ran 13 times for 23 yards vs. Buffalo. Not terribly efficient.

30. New York Giants (2-8, 30): Coming off the bye, the Giants should at least have some confidence they can end their losing streak when they go to Chicago to take on the listless Bears.

31. Washington Redskins (1-9, 31): Dwayne Haskins tried to play the role of leader, and as you can see, it probably didn’t go the way he planned.

32. Cincinnati Bengals (0-10, 32): That Cincinnati only lost by a touchdown in Oakland despite Jeff Driskel completing 13 of 31 passes for 115 yards defies logic. 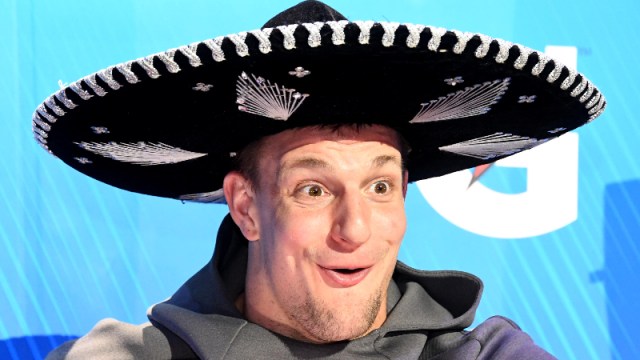 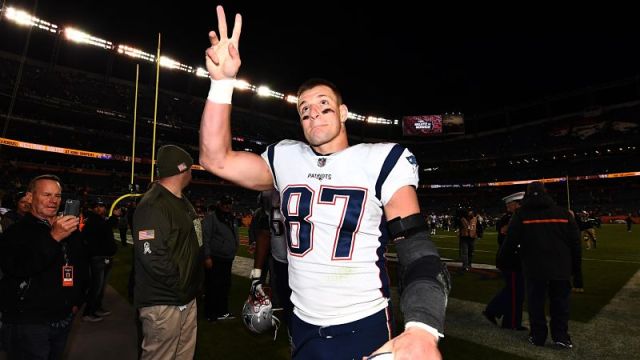