Simon, per the report, was limited in the Patriots’ third practice of the week with an elbow injury, as were safety Patrick Chung (chest/heel), tight end Matt LaCosse (knee) and defensive tackle Danny Shelton (ankle).

While he does not receive nearly as much publicity as Jamie Collins, Dont’a Hightower, Kyle Van Noy or even rookie Chase Winovich, Simon has been a steady and reliable contributor for the Patriots’ top-ranked defense, playing in every game and tallying 21 tackles, three sacks, two tackles for loss, four quarterback hits, one interception, one forced fumble and four passes defended.

This is the first time Simon has appeared on the injury report this season.

The 8-1 Patriots are preparing to visit the 5-4 Philadelphia Eagles on Sunday afternoon. 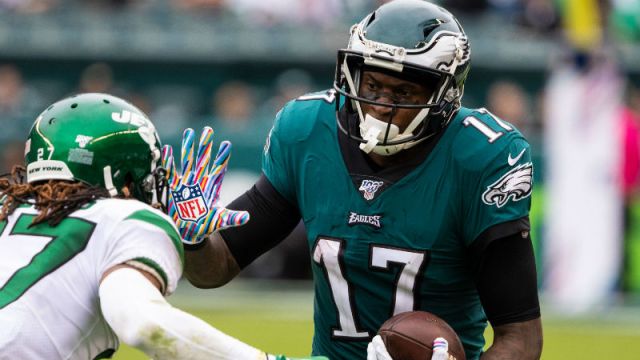 Eagles Could Be Without No. 1 Receiver Alshon Jeffery Vs. Patriots