Gronkowski generated quite a bit of buzz Sunday when he revealed he was slated to make a “big announcement” Tuesday morning. This, obviously, sent Patriots fans into an absolute frenzy, which only was heightened shortly thereafter when the former New England tight end shouted out Tom Brady in a Facebook post.

Esiason isn’t expecting anything earth-shattering from Gronk, however. The former NFL quarterback believes the five-time Pro Bowl selection simply is trying to garner as much attention as possible ahead of another business announcement.

“He’s still on the Tide team or something? I’m not sure. He’s playing all of us, that’s what I think,” Esiason said Monday on WEEI’s “The Greg Hill Show. “I think whoever he’s announcing something for, CBD oil or Tide or PepsiCo or whoever the hell he’s doing business for now, it’s gonna be one of those things.”

As such, Esiason believes hopeful Patriots fans should temper their expectations over a potential Gronkowski comeback.

“I think they’ll be disappointed, I would think,” Esiason said. “Maybe he’ll surprise all of us, how it said maybe there’s a one percent chance he’s gonna sit here and say he’s coming back to New England. That would be great for the Patriots, but it seems to me to be very unlikely.”

One has to imagine New England would welcome Gronk back with open arms. The reigning Super Bowl champions improved to 9-1 Sunday with a win over the Philadelphia Eagles, but Week 11 saw yet another lackluster performance from the offense, which Tom Brady unsurprisingly wasn’t thrilled about. 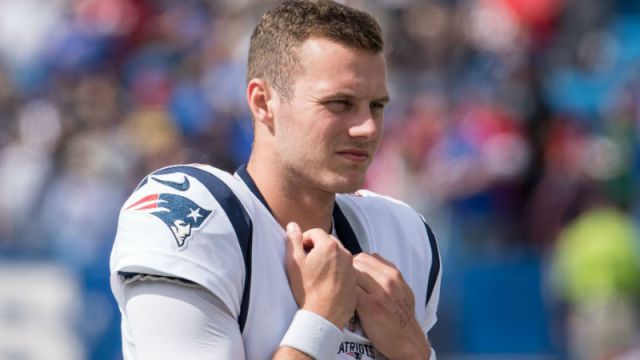 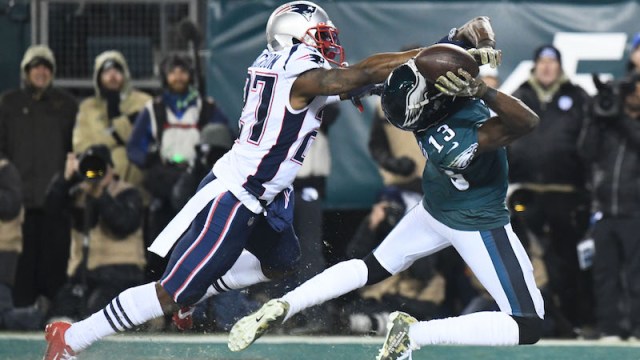