If you can’t tell, Antonio Brown really wants to be back with the Patriots.

The NFL free agent wideout has made it clear he wants to return to New England since being cut after a brief stint with the squad in September. He’s even apologized to the organization for his antics, but still remains on the market as the league continues to investigate allegations of sexual assault made against him earlier this year.

In the meantime, Brown continues to make his presence known on social media.

During the Patriots’ 28-22 loss to the Houston Texans on Sunday, Brown posted a montage of his time in New England set to Mariah Carey’s hit “All I Want For Christmas (Is You)” to his various social media accounts. And naturally, it set social media ablaze.

Good luck not getting that song stuck in your head for the next week. 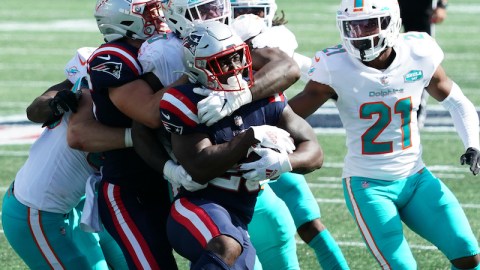