FOXBORO, Mass. — The New England Patriots know how to beat the Patrick Mahomes-led Kansas City Chiefs. They were one of four teams to emerge victorious against the Chiefs last season, and New England did it twice.

But after the Patriots were able to mount leads on the Chiefs in both games, Kansas City made it close — really close — in the second half. The Chiefs almost overcame a 24-9 deficit in the regular season before New England won 43-40 on a last-second field goal.

The Patriots led the AFC Championship Game 14-0, and the Chiefs only scored one touchdown before the fourth quarter. The game wound up going to overtime, and the Patriots won 37-31. The Patriots have been great against the Chiefs in the first half of games and less so in the second half.

“They do a good job of just game-planning,” Patriots safety Duron Harmon said. “Obviously we did some stuff on them early that we showed them some new looks and it gave them some problems, but (Chiefs head coach) Andy Reid is one of the best if not the best offensive coordinator in the game right now. He does a great job of just making the adjustments — seeing what we’re doing and continuing to playing the game within the game. He was able to do some things to get it going. We’ve just got to keep switching it up on them, making it tough on them and not just sitting in one thing.”

So, presumably, the Patriots could take a similar approach since they wound up with a win in January. But if the Chiefs know that’s coming, then maybe they’ll prepare for it better. So, should the Patriots stick with what works or switch it up to keep the Chiefs on their toes?

“Those are the kind of questions you go through every week — what to repeat, what not to repeat or maybe what to make it look like you?re going to repeat it but do something that complements it,” Patriots head coach Bill Belichick said Friday. “That?s all part of the game-planning process. I think there?s a place for all those scenarios, the ones that you mentioned — complementary plays and so forth, run the same play out of a different look or using a different personnel group or a different guy to do it or something like that. It?s all part of it.”

“Just keep switching it up, making it hard on the quarterback, not just letting him know what we’re going to be in and just sitting in one coverage,” Harmon said. “Just continuing to make him work, make him use his eyes and go through his reads and not just give it to him in one play.”

So, it’s anyone’s guess how the Patriots will choose to cover the Chiefs. Perhaps Gilmore will cover Kelce full-time. Maybe the Patriots will come out in zone coverages with Jones at safety like New England handled the Los Angeles Rams in Super Bowl LIII. It will be fascinating to see what Belichick dials up, how Reid responds to it and whether the Patriots’ offense can keep up. 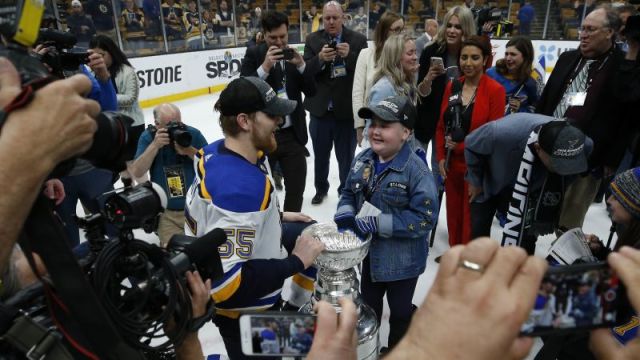