You can tell Rob Gronkowski is retired based on how Bill Belichick discussed the former New England Patriots tight end on the “NFL 100 All-Time Team” show.

Not only did Belichick reveal Gronkowski fell asleep at his pre-draft meeting, but the Patriots head coach also raved about the tight end’s quality as a teammate and catch radius.

Belichick joked about Gronkowski’s spiking, saying he told the big pass-catcher to make sure he never hit an official. Belichick also said he worried Gronkowski would throw his shoulder out spiking the ball so hard.

"He's like @SHAQ. This big, enormous guy, that is unstoppable." – @TonyGonzalez88@RobGronkowski dominated at the TE position and he secured a spot on the #NFL100 All-Time Team ?

Possibly the best part is Belichick’s reaction to Gronk’s “threw him out of the club” line from the Patriots’ win over the Indianapolis Colts in 2014. 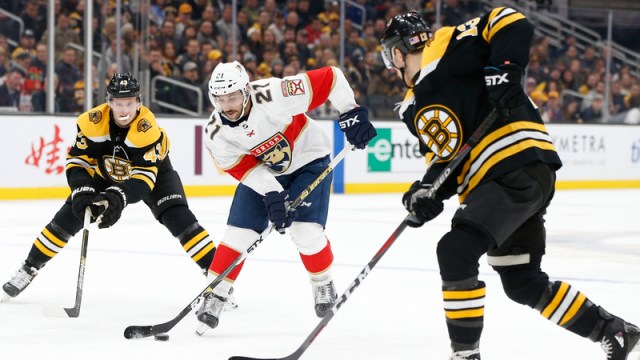