Bruins Focus: Capitals, Lightning Up Next In Heavy Work Week For Boston - NESN.com Skip to content

Last week was tough for the Boston Bruins, and it’s not about to get easier.

The B’s finished up a 1-2-1 week, with their lone win coming against the Carolina Hurricanes. They attempted a comeback against the Colorado Avalanche, scoring three unanswered goals in the third period to tie the game, but ultimately lost in overtime for their first regulation loss on home ice.

Boston’s schedule still is heavy as it shifts its focus to a three-game week that features matchups against the Tampa Bay Lightning and Washington Capitals. Boston will need to pick up its sense of urgency to have a successful week and play a full 60-minute game in order to end the three-game losing streak.

Here’s what’s on deck in the upcoming week for the Bruins:

What You Need To Know
The Capitals will pose a tough task for the Black and Gold. They’re in first place in the Metropolitan Division and are just three points ahead of the the Bruins in the NHL standings. Washington has won six of its last seven games, with Monday’s loss to the Colombus Blue Jackets representing its first defeat since Nov. 30.

The Lightning have dominated the Atlantic Division and NHL in years past, but it’s a completely different story this season. Tampa Bay is 14-11-3, good for sixth place in the division. The team has lost two of its last three with its single 7-1 win coming against the San Jose Sharks. The Lightning sit 15 points behind Boston and just one behind the Montreal Canadiens and Toronto Maple Leafs. They do have the league’s second-best power play, converting 29 percent of their chances.

The Panthers took the first meeting between the two teams in a shootout and have been solid throughout the season. Florida sits in second place in the Atlantic Division with a 15-9-5 record. Boston is 11 points ahead of the Panthers for the top spot, but Florida has won three of its last four as it looks to extend the lead ahead of the Sabres, Canadiens and Leafs

Who Bruins Need To Watch Out For
T.J. Oshie and Jakub Vrana have been a force while on the ice together. According to The Washington Post, the duo has scored nine goals and allowed seven even-strength tallies while sharing ice time through Washington’s first 30 games. John Carlson has been an assist machine with 32 and leads the team with 43 points. Braden Holtby also has been spectacular for the Caps and is tied for first in the NHL with 15 wins. The goalie is 15-2-4 with a 2.84 goals-against average and .909 save percentage.

Nikita Kucherov, Brayden Point and Steven Stamkos lead Tampa Bay with 10 goals, with Kucherov setting the pace with 31 points. Tampa Bay narrowly beat Boston in October in a shootout with Point notching a goal and an assist in the win. Victor Hedman has seven points in his last six games heading into Tuesday’s contest against the Panthers.

Aleksander Barkov is in the midst of a five-game point streak heading into Tuesday’s game against the Lightning with three goals and four assists during that span. Jonathan Huberdeau paces Florida with 36 points and added two more assists in Sunday’s win over the Sharks. 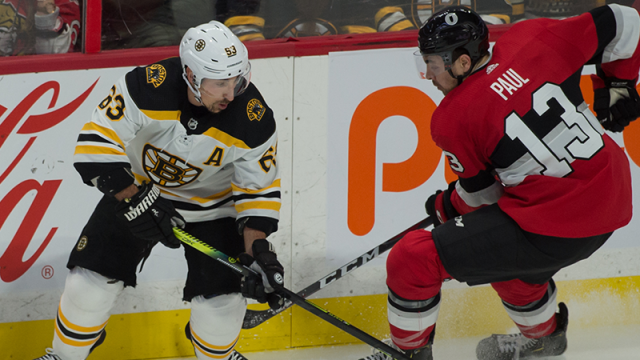 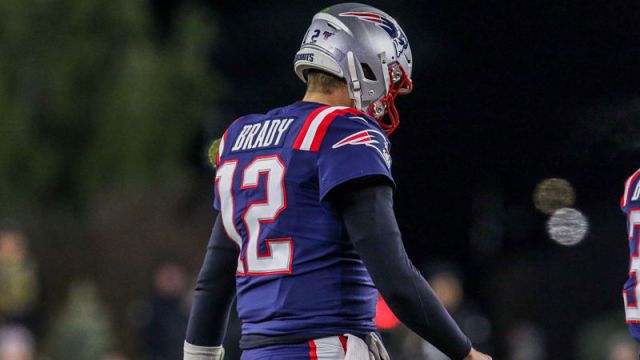 NFL Week 15 Power Rankings: Just How Good Are The Patriots At This Point?