The Boston Bruins fell to the Ottawa Senators on Monday at Canadian Tire Centre, starting off a four-game road trip on a sour note.

Boston now has lost three games in a row, and head coach Bruce Cassidy says a lack of urgency is to blame.

“I don’t think we started playing until — the urgency level wasn’t there for the entire group until we got down again,” Cassidy said, as seen on NESN’s postgame coverage. “That’s something we’ve been addressing of late, obviously we’re going to have to continue to. That’s an area of concern.

“We mismanaged some pucks,” Cassidy added. “Maybe a lack of effort to keep it out of our net on a couple plays and all of a sudden you’re down 2-3 goals and it’s over.”

Torey Krug reiterated some concern as well for Boston’s troubling tendencies of late, specifically on the power play.

“We’ve turned it into not trusting each other to make the right play,” Krug said. “We’re hanging onto pucks for a little bit too long and we’re playing one-on-one hockey instead of realizing we have the man advantage. Zip the puck around, when you get the open shot, we’ll collect the rebounds, that’s what we do well. All of a sudden those nice plays open up. We just gotta move the puck a little bit quicker and be more decisive.”

After starting the year so well, it was almost inevitable that Boston would hit a rough patch like this. If Krug’s thoughts are any indication, though, this team is built to withstand stretches where things don’t go their way. Time will tell if that’s the case.

Here are some other notes from Monday’s Bruins-Senators game:

— Every Bruins player who spoke to the media — Bergeron, Krug and Tuukka Rask — all began their postgame availabilities with statements about Pete Frates, noting that the team’s thoughts and prayers are with his family and friends.

Frates died Monday after a long battle with ALS. The former Boston College baseball player became the face of the “Ice Bucket Challenge” in 2014, which raised well over $200 million for ALS research.

— Bergeron returned after missing the team’s last seven games with a lower-body injury —  the same injury that kept him out of nine of Boston’s last 11 games.

Despite the prolonged absence, the 34-year-old center wasted no time getting back on the scoresheet, scoring just under three minutes into the game to put Boston on the board. Bergeron logged 21:43 of ice time in his first game back.

— Boston’s power-play unit struggled in the loss, as Krug noted, going 1-for-5 in a rare ugly showing. Those showings have become more frequent of late, however, after starting the year on a red-hot pace.

Senators goalie Anders Nilsson was huge, in stature and performance, throughout his eighth win of the year, making 38 saves on 40 shots. He was the difference on Boston’s power-play chances, making nine saves when Ottawa was on the penalty kill.

— The Bruins top line was able to put a dent in the scoresheet despite the loss.

Bergeron’s return reunited one of the NHL’s best lines, which resulted in both David Pastrnak and Brad Marchand recording two assists 22 and 24 minutes of ice time, respectively.

— Boston’s road won’t get any easier from here. The Bruins travel to Washington next where they’ll take on the Capitals on Wednesday. From there, they’ll face road matchups against the Tampa Bay Lightning and Florida Panthers. 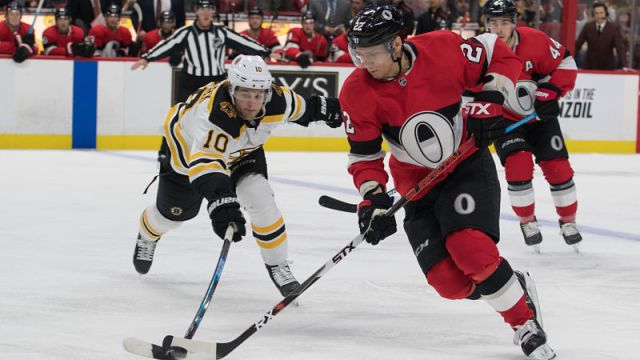 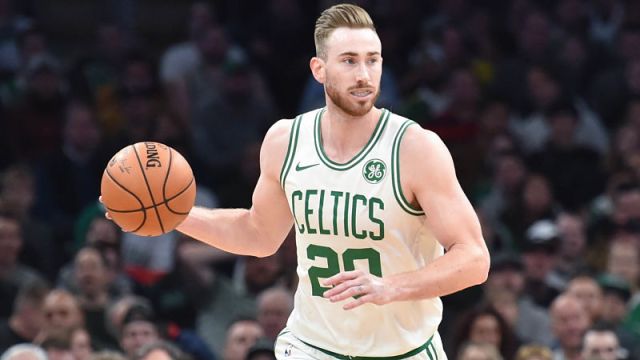