It was a physical 60-minute battle, but the Lightning ultimately found an edge over the Bruins on Thursday night.

Tampa Bay topped Boston 3-2 at Amalie Arena, with Steven Stamkos and Brayden Point scoring one goal apiece for the Lightning. Patrice Bergeron and John Moore scored for the B’s.

BIG BEGINNING
Both teams started strong in this one, but the B’s found an early edge.

Things got feisty fast, with Zdeno Chara going toe-to-toe with Pat Maroon 27 seconds into the game. (Chara’s now dropped gloves — rather impressively, might we add — in two straight games.)

Bergeron put the B’s up 1-0 just four minutes later with his 10th goal of the season, while Brad Marchand earned his 30th assist of the year on the play. (It also happened to be the Bruins’ only shot on net through the first 12 minutes.)

John Moore took a seat in the box for tripping with 7:16 on the clock, but some good defense and nifty netminding helped keep the Lightning at bay. That didn’t stop Tampa from accruing plenty of quality zone time, although nothing ultimately came of it.

The Bruins took a 1-0 lead into the second, but the Lightning outshot Boston 7-4 in the first.

LIGHTNING STRIKE BACK
Things stayed physical in the second.

Boston’s first power play of the night came two minutes into the period after Ryan McDonough was whistled for interference. Unfortunately, the B’s didn’t capitalize.

The two squads wound up in a 4-on-4 situation less than a minute later after Matt Grzelcyk was called for tripping Anthony Cirelli and Kevin Shattenkirk was called for roughing Grzelcyk. Nothing came of that, either.

Moore made his way back to the box on his second tripping call of the night midway through the second, allowing Stamkos to knot things at one point apiece with his 12th goal of the season.

Steven Stamkos gets a one-timer to tie the game in the 2nd!

Both Rask and Vasilevskiy continued to stand on their heads in the second. Tampa continued to outshoot Boston, with 21 shots to the B’s 16 through two frames.

FIVE STRAIGHT L’S
Boston’s luck ran out in the third.

Tampa found itself back on the man-advantage nearly three minutes into the period after Sean Kuraly was called for hooking. Boston had a few early shorthanded opportunities early in the kill, but Brayden Point broke the tie with the Lightning’s second power-play goal of the night.

Another @TBLightning power play, another ? goal!

Brayden Point scores on a no-look pass from Nikita Kucherov and the Bolts take a 2-1 lead over the Bruins!

Boston had a chance to tie things up when Charlie McAvoy drew a hooking penalty on Stamkos midway through the period but, once again, failed to seize the opportunity.

Stamkos made up for his blunder by potting his second goal of the night with 4:47 on the clock, giving the Lightning a 3-1 lead.

Steven Stamkos gets his 2nd goal of the night!

Moore made up for his earlier blunders, too, scoring his first goal of the season with 3:15 left to play. Boston pulled Rask in hopes of netting a last-minute goal to send things into overtime, but Tampa staved off the attack.

And that’s how the Bruins lost their fifth game in a row.

UP NEXT
The Bruins remain in sunny Florida to take on the Panthers on Saturday. Puck drop from BB&T Center is slated for 7 p.m. ET. 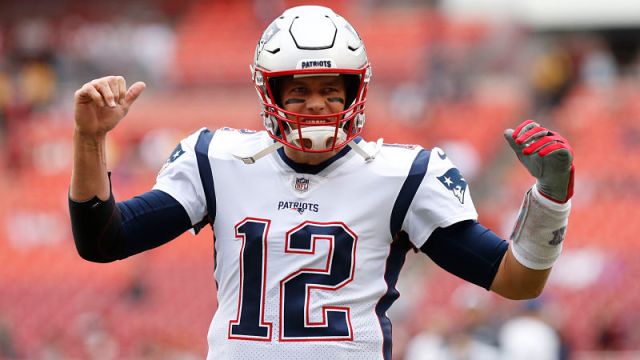 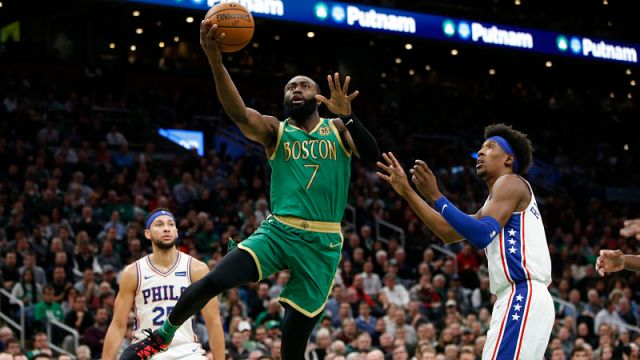