BOSTON — What a night for Gordon Hayward.

Monday night marked Hayward’s first game with the Boston Celtics since fracturing his left hand against the San Antonio Spurs on Nov. 9, an injury that required surgery. The C’s went on to defeat the Cleveland Cavaliers 110-88, and Hayward played an important role in the victory.

The forward notched 14 points, five rebounds and four assists against the Cavs, an impressive outing for someone who missed the last month. Head coach Brad Stevens certainly had plenty of positive things to say about the 29-year-old’s performance.

“I thought he was pretty good,” Stevens said. “I didn’t anticipate much, it hasn’t been very long in the grand scheme of things, especially with what he went through last time. He got his baskets off cuts, you know his typical kind of energy plays.”

It was unclear what kind of minutes Hayward would see entering the game, with Stevens setting no pregame limitations on Hayward’s playing time. He ultimately spent 26 minutes on the court Monday night.

All Stevens wanted, however, was to get as much out of Hayward as possible.

“With the score being what it was, I didn’t want to take him out,” he said. “I wanted him to get kind of to where I wanted him to play minutes-wise in the third quarter and stretch himself with 12 straight minutes. But I thought he was good.”

As for Hayward, he barely noticed his injury during the game. But he was feeling a bit winded by the end, especially toward the end of the third quarter.

That said, this rehabilitation process has been nothing like the process he experienced after snapping his tibia on Opening Night in 2017.

“I think it is a lot easier this time to come back from something when you can run around and don’t have to rest your leg,” Hayward said. “… It is just my left hand, so that made it a lot easier.”

Here are some more notes from Monday’s Celtics-Cavs game:

— Boston’s starters had themselves quite a night.

Tatum’s 19 points and 11 rebounds gave the 21-year-old his third double-double of the season. His last occurred on Nov. 18 against the Phoenix Suns.

— In case you missed it, Grant Williams made his first-ever NBA 3-pointer Monday.

Check it out (and check out the bench’s reaction):

Williams said he received plenty of support from his teammates, although he couldn’t necessarily repeat what was said when he nailed his first trey.

“A lot of it was graphic,” Williams said with a smile. “But outside of that, it was a good moment just because they were celebrating me. We were up by 20, so it felt good getting the win as well.”

— The Celtics were on fire Monday, shooting a season-high 57.7 percent from the field, according to NESN’s Chris Grenham.

The last time they did this? Nov. 5 against — guess who — the Cavs.

— Now that this game’s behind them, however, the Celtics have bigger fish to fry.

Boston will play back-to-back games on Wednesday and Thursday, first playing in Indiana against the Pacers before heading to Philadelphia to take on the 76ers. And Stevens is looking forward to the challenge.

“I think this will be a fun back-to-back from the standpoint of a great challenge coming up,” Stevens said. “Two really good teams, two really hard playing teams, couple more big frontcourts — so I’m looking forward to it.” 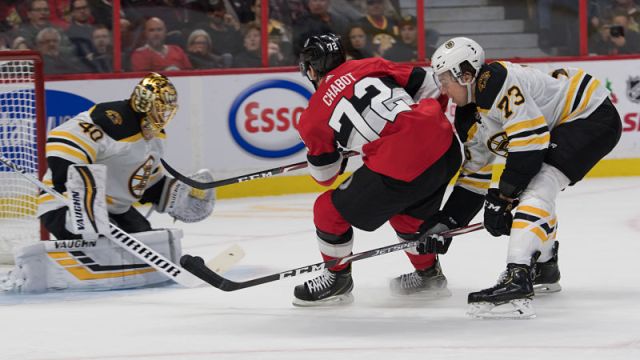 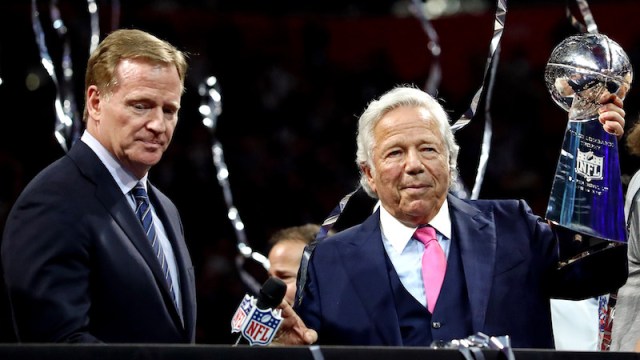 Patriots’ Latest Controversy Is Complicated Situation For NFL To Penalize