Wednesday wasn’t the best day for the Celtics.

The Pacers snapped Boston’s four-game win streak with a 122-117 victory at Bankers Life Fieldhouse. Marcus Smart missed his second game in a row with an eye infection, but the C’s injury woes didn’t end there.

Gordon Hayward exited Wednesday’s game with 6:28 left in the game after taking a blow to the nose from Doug McDermott. Hayward appeared to be in pain as he was escorted to the locker room by medical staff.

This certainly isn’t an ideal situation considering Hayward returned to the team Monday after spending a month sidelined with a left hand fracture. The 29-year-old didn’t appear too concerned about his ability to play against the Philadelphia 76ers in less than 24 hours, although he isn’t exactly feeling 100 percent at the moment.

“Just got hit in the nose and immediately couldn’t really see much, and felt pretty dizzy,” Hayward told reporters, as seen on NBC Sports Boston’s postgame coverage. “I think because of that, had to come back here, go through the concussion thing, and make sure everything is OK. … I mean, I still have a pretty good headache right now but hopefully by tomorrow, it should be good. So, well see tomorrow morning.”

Hayward confirmed he did not break his nose and that he’ll undergo additional concussion testing when the team returns to Boston.

Head coach Brad Stevens said Hayward was checked out by the Pacers’ doctor and did not exhibit signs of a concussion while being examined.

“I’m sure when we land (in Boston), then we’ll have our own procedure he goes through,” he said.

Here are some more notes from Wednesday’s Celtics-Pacers game:

— Despite the loss, Kemba Walker dazzled.

The point guard notched a season-high 44 points against the Pacers, scoring 39 of them in the first three quarters alone. Despite this, Walker wasn’t happy with Wednesday’s result.

“I felt pretty good, I guess, but it really don’t matter,” Walker said on NBC Sports Boston’s coverage. “You know, we lost.”

Stevens benched Walker for most of the fourth, and explained why after the game.

“Obviously I want him in all the way, but he had played all the way to the 1:30 mark of the third, so you’re balancing that with making sure he’s fresh when he comes back in and sometimes when you’ve carried the whole load for the night for the team, you need a little bit more of a break,” Stevens explained. “So I thought when we came back in and it was a two or four-point lead for us — whatever it was — I think you’ll take that based on how the second quarter went. Again, he gave us a chance in the end.”

Both Jaylen Brown and Daniel Theis fouled out of the contest in the fourth quarter, leaving the C’s with diminished offensive opportunities down the stretch. But Brown didn’t point fingers after the game.

“They set the tone for the game,” he told reporters. “They were a physical team and we didn’t match it and we were trying to play from behind and the refs were just calling the game accordingly.

“We’ve got to do a better job of setting the tone (and) physicality, especially if you’re a small team. I mean we’ve got to do a better job of playing physical without fouling and once they started calling and blowing the whistle, it just was contagious and I think everybody was in foul trouble. It’s, like, one of my first times being in foul trouble in a long time … we could have won that game if I’d stayed in it, but on to the next one.”

— Malcolm Brogdon knows just how good the Celtics are.

The Pacers guard earned an impressive 29 points and eight assists against the C’s without veteran Victor Oladipo on the court. And he had some kind words for Boston while describing the victory.

“It’s huge,” Brogdon told NBC Sports Boston’s Abby Chin after the game. “That’s a really good team. That’s a possible championship-contender team. So, you know, we came off a loss against the Clippers where we didn’t play as well as we wanted and tonight we were able to pull this one out against a really good team.”

— The Celtics wrap up their back-to-back set Thursday when they take on the Philadelphia 76ers back at TD Garden. Tip-off is slated for 8 p.m. ET. 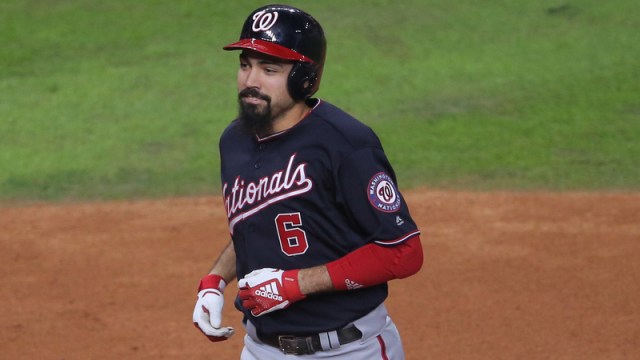 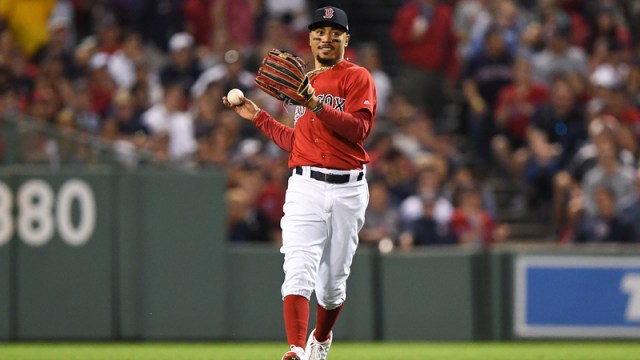