The Boston Celtics met the Philadelphia 76ers on Thursday night for the second time this season. But their Eastern Conference foe got the better of them once again, delivering the first road win at TD Garden this season.

Kemba Walker lit it up early for the Celtics, but Philadelphia’s closing defense proved too much for Boston as the Sixers came out victorious, 115-109.

Walker led the scoring with 29 points, while Gordon Hayward added 19 of his own. Enes Kanter (20 points) and Daniel Theis (16) notched their respective season-highs.

Joel Embiid led the way for the Sixers with 38 points and 13 rebounds.

KEMBA STAYS HOT
Both sides started off strong over the game’s first five minutes, with Boston opening at a 55.6 percent clip, while Philadelphia was shooting 71.4 percent.

Walker picked up right where he left off in Indiana, scoring 12 points on 4-of-6 shooting in his first nine minutes on the floor. He took advantage of rookie Matisse Thybulle, arguably the best defender in the 2019 rookie class. Walker was able to beat him off the dribble relentlessly, at one point converting a four-point play.

Kemba double clutches from deep… plus the foul! @sixers 24@celtics 26

As expected, Philly and Boston traded buckets for the majority of the first quarter, with Boston holding a 34-28 lead after one.

Surprisingly, the Celtics’ interior game helped them get there. They won the battle in the paint early, scoring 22 points inside compared to Philadelphia’s six.

Walker’s 12 first-quarter points were a game-high.

BATTLING TO THE BREAK
Walker was solid again throughout the second to pace the Celtics, but the scoring became much more widespread as Philly continued to push back.

Brad Stevens did a great job working through the Sixers’ huge lineup, dissecting Brett Brown’s defensive system by targeting Embiid and sucking him into countless pick-and-rolls along the perimeter. Walker’s quickness off the bounce was too much to handle alongside this set up for Philadelphia. He’d finished the first half with 21 points to lead all scorers.

Embiid was solid on the offensive end despite some struggled defensively. The big man had 16 points, four rebounds and three assists at the break.

SHUTTING DOWN KEMBA
Hayward opened the second half with back-to-back 3-pointers, the first triples since he returned from a broken left hand. He’d score Boston’s first eight points of the third.

Josh Richardson did a nice job containing Walker, helping Philadelphia take a lead after five minutes. Boston was able to run the offense through Hayward, but not having Walker play at his first-half level hurt the Celtics.

Ben Simmons’ ability to limit Jaylen Brown also gave Boston some trouble, as Philadelphia was able to keep him quiet through three quarters. Tatum continued to struggle as well. He was 3-of-15 from the floor entering the fourth.

Enes Kanter gave the Celtics some quality minutes in the third, just as he did in the first half. The center was solid defensively, which, as Boston fans know, is not his strong suit. He was able to force Embiid into a few uncomfortable possessions in addition to forcing a few steals, which was all Stevens could ask of him against the Sixers lineup.

DOWN TO THE WIRE
Philadelphia’s defense continued to improve as the fourth began, but Boston did a nice job keeping up its intensity.

Kanter was up to his season-high of 14 points on 7-of-10 shooting after three fourth-quarter minutes. He was a huge factor all night alongside Theis. The two bigs combined for 32 points on 15-of-21 shooting with five minutes to spare, keeping Boston within striking distance.

An Embiid 3-pointer gave the 76ers an eight-point lead with just over four minutes left, their biggest lead of the night to that point. He’d pace Philly, as he did all night, the rest of the way. But it was the defensive effort that really locked up the Celtics.

The Sixers locked down on Boston’s high pick-and-rolls, forcing the Celtics into some difficult shots. Despite that, a late 7-0 run with a minute left brought Boston within two. Both sides would trade buckets, resulting in a 110-109 score with 26 seconds left in regulation, but the Sixers would prevail, with Embiid capping the game with a late-game block on Daniel Theis.

PLAY OF THE GAME
Not the highlight reel type, but this is the exact help defense Boston needs when going up against the Sixers’ gigantic lineup.

UP NEXT
The Celtics will have some time off before traveling to Dallas to take on the Mavericks on Wednesday night. Tip-off is set for 9:30 p.m. ET. 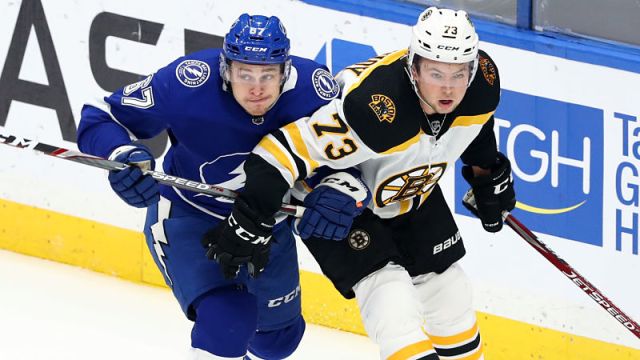 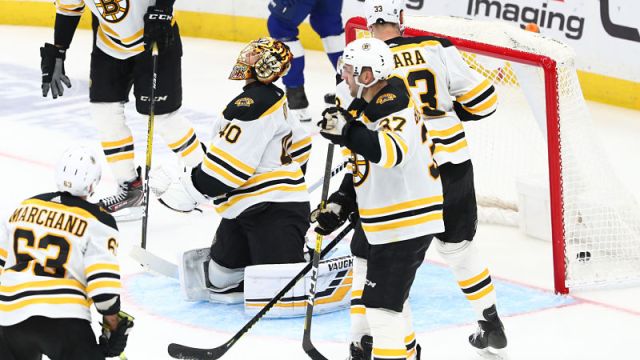