As one of the most successful decades in Boston Bruins history nears an end, it’s actually kind of funny to see how the Black and Gold has evolved.

The Bruins, of course, began the decade by scaling the sport’s mountaintop. Boston exorcised four decades of demons when it bullied the sniveling Vancouver Canucks in an epic seven-game series to capture the 2011 Stanley Cup. Nearly 10 years later, the Bruins remain one of the NHL’s elite franchises, but that doesn’t mean things haven’t changed.

The early-decade B’s were built a specific way. They were big, they were strong, and they weren’t afraid to punch someone in the mouth. Even eight or nine years ago, they were a throwback to old-time hockey. However, the NHL evolved and, quite frankly, the Bruins fell behind the curve. Ultimately, it cost Peter Chiarelli his job, and Don Sweeney was tasked with remaking the roster and ushering the Bruins into, well, the 21st century.

Sweeney did just that. The Bruins are very good, as evidenced by reaching Game 7 of the Stanley Cup Final six months ago. A hot start to this season has put the Bruins in position to right the wrongs of their Game 7 loss to the St. Louis Blues this coming spring.

All in all, things are very good on Causeway.

Christmas will be even sweeter this week for the Bruins, who used a four-goal first period to get off the schneid en route to a 7-3 win over a damn-good Washington Capitals team. In the process, however, the Caps — despite getting rag-dolled on the scoreboard — might have exposed a flaw or a vulnerability in the Bruins by how they roughed up the Black and Gold.

The Bruins had to know it was coming. Leading 5-1 after two periods, Bruce Cassidy’s team probably would have preferred to just call it a night and get home to their families for some pre-holiday merriment. Instead, they were summoned back to the TD Garden ice for a predictably chippy third period highlighted by Caps tough guy Tom Wilson going over after Bruins star David Pastrnak and good ol’ American boy T.J. Oshie stapling B’s defenseman Charlie McAvoy to the boards with a dangerous-looking hit late in the third.

“They’re a good team, they’re a physical team, and that’s the kind of style that they’re going to play when they’re down by a couple of goals,” Bruins defenseman Brandon Carlo said after the game. “That’s something you can respect, but I’m glad with the way we responded.”

As far as the Wilson stuff went, the Bruins did respond. Pastrnak — who has been bullied for the better part of two months now amid his red-hot start — defended himself and tried to go toe-to-toe with Wilson, despite an obvious size and pugilistic advantages for the Washington winger. But when Oshie hit McAvoy, there was no response from the Bruins, whose gloves remained tethered to their hands.

The Bruins’ plan, more likely than not, is to respond by scoring goals. If you want to run around and be idiots, the B’s will put down their hands, take their power play and score. Ultimately, that wins the most games, and winning games gets your name on the Cup.

That being said, you probably would like to have a little stronger response, especially on a late-December night when the game is out of hand. That’s peak message-sending season.

But maybe that’s an outdated way of looking at things, and given the rash of injuries, taking the high road might be the best move. And it’s not like the Bruins have been completely purged of pugnacious players. Boston was without Zdeno Chara on Monday night, and Kevan Miller remains out. David Backes was a healthy scratch.

Again, maybe that’s a caveman philosophy. The Bruins certainly are better off playing with skill, skating around players instead of trying to go through them. It works. No argument here. But when you watch them get pushed around like they did Monday night, it’s hard not to think back to how the Blues handled them in the Cup Final. St. Louis was a bigger, more physical team, and that seemed to take its toll as the series went on.

This isn’t just about fighting or defending yourself. When you see Washington, it’s clear the Bruins face a very real size mismatch against teams like that. If the Bruins and Caps meet again in the spring, they could be in store for a whole series of chicanery like we saw Monday night.

“You know, clearly, they?re a physical team, and there?s two different approaches,” Cassidy said. “You can match them hit for hit or you can use your foot speed and smarts and stay out of the box and try to frustrate them. I think what we did early in the first period was probably a smaller lineup for us, so it?s something to think about that way.”

The Bruins probably have more than enough talent to win the Stanley Cup as currently constructed. But the trade deadline will be here soon enough, and it might behoove Sweeney to go shopping for a little more size and toughness to complement the elite talent.

What a difference a decade can make. 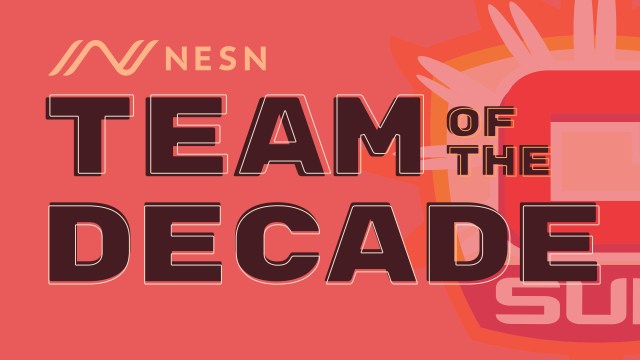 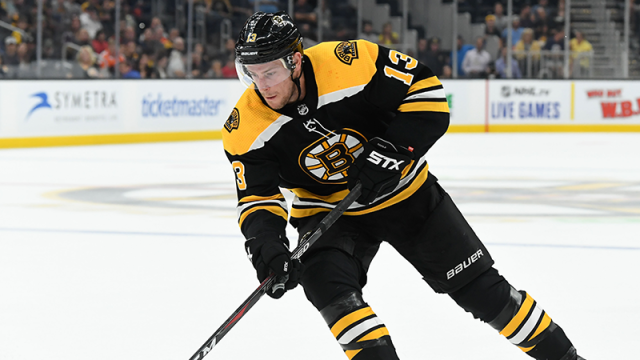