The NFL’s heavyweight division has been clearly established with one week to go before the playoffs.

Week 16 really separated the top tier of teams, and unsurprisingly, the usual suspects were the ones rounding into form and looking their best as the postseason approaches.

In Nashville, it was Drew Brees and the Saints continuing to roll and prove again they might be the NFL’s deepest team. Tom Brady and the Patriots, for a week at least, turned back time and did away with talk of their demise. Patrick Mahomes’ Chiefs went into Chicago and beat the brakes off the Bears, showing a rarely seen balance they’ve lacked in recent years. On Monday night, the Packers looked sloppy at times, but showed they have two key ingredients to a playoff run — a strong run game and stout defense — while clinching the division against the hated Vikings.

Sure, a team outside that group could win the Super Bowl, but we’re not betting on it.

Here are the latest NESN.com NFL power rankings ahead of the regular season’s final week.

1. Baltimore Ravens (13-2, last week: 1): The Ravens locked up the No. 1 seed in the AFC, and now they rest. They’ll need it, too, with a few important guys getting dinged in Cleveland. Most notably is Mark Ingram, who might be their most important offensive player not named Lamar Jackson.

2. New Orleans Saints (12-3, 2): A slow start made it look like the Drew Brees/Saints outdoor narratives were going to come true, but Brees ended up slicing and dicing the Titans’ defense. Brees has been the NFL’s best quarterback the last three weeks, completing 78.8 percent of his passes (what?!) for 935 yards with 12 touchdowns, no picks and a passer rating of 139.8. They might be the Super Bowl favorites and could have to play wild-card weekend.

3. San Francisco 49ers (12-3, 3): The Niners took the Rams’ best shot, as their division rivals tried to play spoilers, but a gutty effort from Jimmy Garoppolo kept San Fran in line to win the division. They get the chance to do just that Sunday night against a wounded flock of Seahawks.

4. Kansas City Chiefs (11-4, 5): Kansas City has allowed just four touchdowns in its last four games, and has been especially stout the last two weeks, allowing a combined six points. Six. If that’s the defense they’ll get in the playoffs, the Chiefs are gonna be a problem.

5. New England Patriots (12-3, 6): Well, that’s more like it. The Patriots played the hits Saturday, establishing the run game and using that to hit on some big play-action passes over the middle. That, paired with the defense, is a reminder of the Patriots’ potential.

6. Green Bay Packers (12-3, 7): If you take away the three turnovers from the Packers’ best offensive players Monday night, they might have beaten the Vikings by at least 30. As it stood, they still dominated in Minnesota to lock up the division. A win next week gets them a first-round bye, and the No. 1 seed in the NFC is still very much in play.

7. Seattle Seahawks (11-4, 4): A week ago, the Seahawks looked like a very real candidate for the NFC’s No. 1 seed. So much for that. Seattle’s running back group is decimated, and things are so bad it looks like Marshawn Lynch could be making a triumphant return ahead of a crucial Week 17 clash with the 49ers.

9. Houston Texans (10-5, 10): The Texans weren’t especially impressive Saturday in Tampa Bay. Rather, they were big-time beneficiaries of Jameis Winston’s pigskin allergy. What’s even weirder is it sounds like Bill O’Brien intends to play his guys Sunday against Tennessee despite being locked into the No. 4 seed.

10. Buffalo Bills (10-5, 9): At times Saturday, the Bills were outclassed by the Patriots. At others, they looked like they belonged and were ready to challenge for the AFC East. Basically, it was a confirmation that while Buffalo isn’t quite “there” yet, it’s close. No one should want to face them in the playoffs regardless.

11. Philadelphia Eagles (8-7, 17): This is admittedly a huge jump, but the Birds are technically on a three-game winning streak, and the offense is finally rounding into form-ish. Philly has gained 400 yards or more in three straight games for the first time all season.

12. Tennessee Titans (8-7, 11): Tennessee was in the bizarre situation of playing a game Sunday that really didn’t matter toward its playoff chances. That changes in Week 17 when the Titans will be playing for their playoff lives against the Texans.

13. Los Angeles Rams (8-7, 13): L.A. had its chances to win Saturday in San Francisco, needing to stop San Fran on a pair of third-and-16s on what would be the game’s final drive. Unfortunately for them, they allowed a combined 64 yards on those two plays, setting up a game-ending field goal.

15. Pittsburgh Steelers (8-7, 14): A game of musical chairs broke out between Steelers quarterbacks Sunday, which is never good when you’re fighting for a playoff spot. Now, the Steelers need help if they’re going to get into the tournament.

17. Indianapolis Colts (7-8, 18): In our weekly NFL picks column this week, I basically said heads should roll in Indy if the Colts didn’t run it at least 40 times against the Jaguars’ garbage run defense. Well, the Colts ran the ball 38 times (close enough) for 218 yards en route to a 32-point victory. See? Coaching in the NFL isn’t that hard.

18. Chicago Bears (7-8, 17): The Bears lost Sunday night to the Chiefs, which is bad. What’s worse, though, is they had to watch Mahomes runnin’ and chuckin’ all over the place, while they’re saddled with Mitch Trubisky. They could have had Mahomes, you’ll recall, but they took Trubisky. Lots of bad.

21. Cleveland Browns (6-9, 19): The Twitter account @OldTakesExposed was made for this sort of season we’re seeing from the Browns. Seriously, there were some gems uncovered Sunday as the Browns were officially eliminated from playoff contention.

22. Atlanta Falcons (6-9, 24): Dan Quinn was a dead man walking as the 1-7 Falcons hit the bye. Somehow, he kept his job, and he might have earned himself another season with Atlanta winning four of its last six, including Sunday’s win that featured more than 500 yards of offense.

23. Arizona Cardinals (5-9-1, 26): Not only did the Cardinals go into Seattle and beat a Seahawks team that needed a win, but they did so without Kyler Murray for a chunk of the game. And not only did do that, they won that game with Brett Hundley completing just four of nine passes in relief of the No. 1 pick.

24. Carolina Panthers (5-10, 22): The Panthers’ run defense is truly laugh-out-loud bad. Carolina is now giving up 5.3 yards per carry this season. Only one team in the last 16 years has finished the season with a number that bad. Sheesh.

25. New York Jets (6-9, 27): Jamal Adams said Sunday’s win over the Steelers felt like a playoff game and also said he believes the Jets aren’t that far away from competing. Do with that what you will.

26. Los Angeles Chargers (5-10, 23): The Chargers made ball security a priority after seven turnovers last week, and they kept things clean Sunday. They still lost, but Rome wasn’t built in a day.

28. New York Giants (4-11, 29): The highlight of the 2019 Giants season is Eli Manning and Daniel Jones playing flip-cup at a bar following the Giants’ win over an awful Washington team. Sounds about right.

29. Miami Dolphins (4-11, 30): The Dolphins winning four games might be the most surprising thing to happen all year in the NFL — unless, of course, they somehow shock the Patriots in Week 17. Then that would take the cake.

30. Detroit Lions (3-11-1, 28): Matt Patricia is coming back for 2020, and it’s probably a good move. There’s no point in blowing it up all over again after an injury-filled season, but man are they limping to the line having lost eight in a row, including their last three by an average of nearly 15 points.

31. Washington Redskins (3-12, 31): In his four games prior to Sunday, Giants QB Daniel Jones had an 83.5 passer rating with eight touchdowns and four interceptions. Sunday against the Redskins’ woeful defense? Five touchdowns, zero picks and a 132.1 passer rating.

32. Cincinnati Bengals (1-14, 32): A master class in tanking by the Bengals, who have locked up the No. 1 seed and should take Joe Burrow with the first pick in the draft. And they did it all while “competing” in games, as evidenced by their wild comeback (overtime loss) Sunday in Miami. 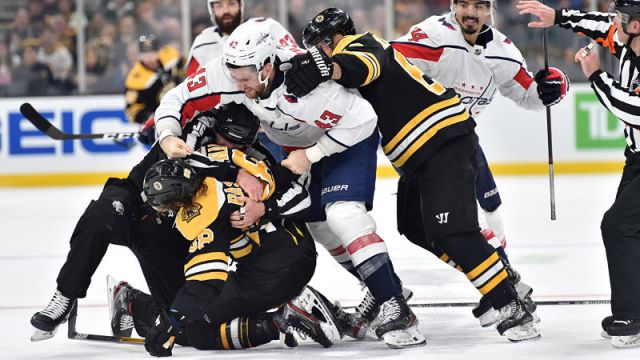 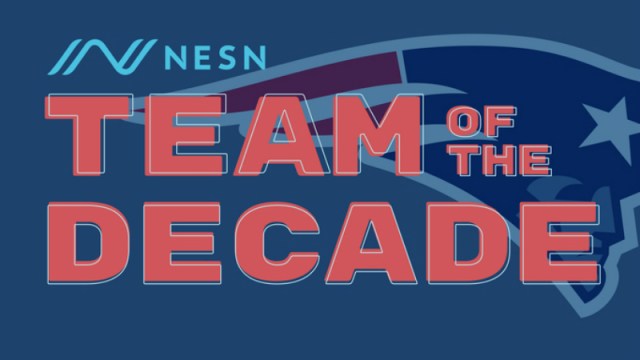 Patriots Team Of The Decade: 2016 Squad Stands Out In Remarkable 10-Year Run