At one point in time, David Pastrnak’s shot wasn’t as lethal as it is not.

In fact, it was downright awful.

Glen Tucker, known as “Dr. Shot,” has been running his “Shoot to Score” business for 26 years. There, he teaches his students how to shoot and what not to do in order to get the perfect snipe down.

It’s clearly worked with the Bruins winger, who has a league-leading 25 goals in 27 games for Boston.

“He was probably one of the worst shooters I had in here, and now he’s scoring a lot of goals,” Tucker told The Athletic’s Joe McDonald “I don’t mean that in a bad way.”

Pastrnak had a beautiful goal that got the B’s on the board Sunday night against the Montreal Canadiens at TD Garden. He sent a rocket past Carey Price off the rush from the right faceoff circle to tie the game at 1-1. The goal marked the first of three unanswered tallies in the eventual 3-1 win.

And Tucker, for one, was a fan of what he saw.

“It was awesome. Oh, my God,” he told McDonald.

Pastrnak and the rest of the Bruins look to extend their win streak to eight games Tuesday night when they welcome the Carolina Hurricanes to TD Garden. 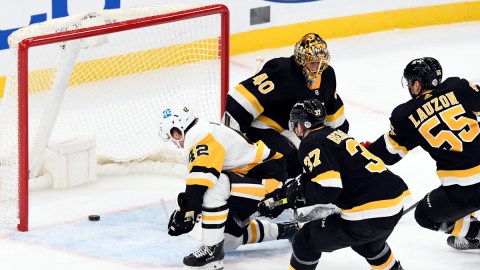 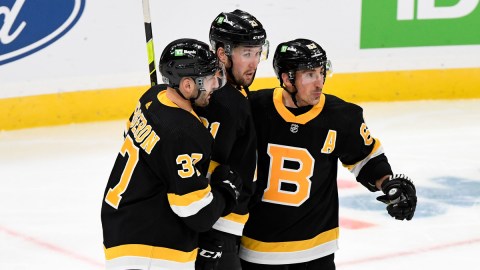 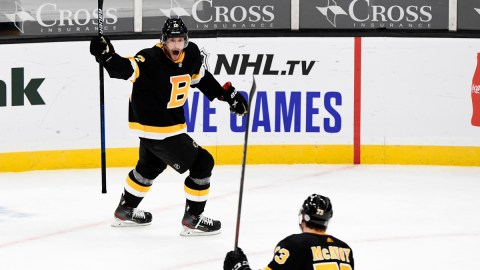