What a decade this was in New England sports! As we move into the 2020s, join NESN.com in looking back at the best of the best with the Patriots All-Decade Team! (And check out the rest of our ?Best of the Decade? content here.)

Another incredible decade has come and gone for the New England Patriots.

The Patriots won three more Super Bowl titles in the 2010s, and New England could add another one if it gets the job done this February.

Before we get too far ahead of ourselves, though, let’s go through the NESN.com Patriots All-Decade Team for the 2010s. One of the staples of the Patriots’ dynasty has been the franchise’s continuity, so you’ll find plenty of players still on the current roster in the list below.

OFFENSE
Quarterback: Tom Brady (2000-present)
We thought long and hard about throwing Tim Tebow on here, but we didn’t want to count his college accomplishments. Just kidding. Of course, the choice is Brady.

Running back: James White (2014-present)
This is kind of cheating since White is a third-down back, not a bell cow. But he’s proven over the last two years that he can handle early-down responsibilities when necessary.

His most famous performance came in Super Bowl LI when he had six carries for 29 yards and two touchdowns, 14 catches for 110 yards with a touchdown and a two-point conversion. He scored the tying and go-ahead touchdowns in the game.

Fullback: James Develin (2012-present)
The Patriots miss their fullback, who’s on injured reserve with a neck injury, this season. They also missed him in 2015, when he hit IR with a broken leg.

It’s amazing how long Develin has been on the Patriots’ roster. We didn’t need to include a fullback on this all-decade team, but we thought he was more deserving than an extra running back, wide receiver or tight end.

Edelman is the obvious choice. He’s had an incredible decade with three 1,000-yard seasons and a Super Bowl MVP. He’s also second all-time in postseason catches and receiving yards.

Welker had three uber-productive years for the Patriots this decade, catching 326 passes for 3,771 yards with 22 touchdowns. No receiver other than Edelman touches those numbers in this 10-year span. The other choices were guys like Danny Amendola, Deion Branch, Chris Hogan, Brandon LaFell and Brandin Cooks.

We wanted to include Amendola. We just couldn’t justify an offense with essentially three slot receivers. But we’ll get to him later.

Tight end: Rob Gronkowski (2010-2018)
Gronkowski fit his entire career in this decade, and it was among the best nine seasons by any tight end in NFL history. That’s why he made the NFL 100 All-Time team, and that’s why he’s on this list.

Gronkowski won three Super Bowls with the Patriots and had one of the most memorable plays of Super Bowl LIII when he caught a 29-yard pass to set up the game’s only offensive touchdown.

Mankins somehow missed a Super Bowl title despite having one of the most decorated careers of any player in the Patriots’ dynasty. He made four Pro Bowls and was named to one All-Pro team this decade.

The Patriots have won two Super Bowls with Andrews at center. They’re missing him this season as he recovers from blood clots in his lungs. Mason also has won two Super Bowl titles in New England. He’s regarded as one of the top guards in the NFL.

Vollmer just made the list over Marcus Cannon. Vollmer didn’t play as many seasons as Cannon this decade, but he did play at a higher level on a more consistent basis. Vollmer over Cannon was one of the more difficult choices on this list.

DEFENSE
Defensive line: Vince Wilfork (2004-2014), Trey Flowers (2015-2018)
We’re running a hybrid defense here with really only one big body in Wilfork. And who else would we choose? He won one Super Bowl with the Patriots this decade and made three Pro Bowl rosters and three All-Pro teams.

Edge defenders: Rob Ninkovich (2009-2016), Kyle Van Noy (2016-present)
Ninkovich was this decade’s version of Mike Vrabel. He swapped back and forth between linebacker and defensive end. He had a sack in Super Bowl XLIX and won two titles with the Patriots before retiring.

The Patriots snagged Van Noy away from the Detroit Lions in 2016 for a late-round swap of draft picks. He’s gone on to become one of the team’s most valuable defenders, helping the team win two titles.

Beyond Brady and Edelman, no player has had a bigger impact in all three Super Bowl wins this decade than Hightower.

Mayo was a tougher selection over Jamie Collins. Mayo was a two-time Pro Bowl selection and 2010 First-Team All-Pro. He was the best player on some bad defenses to start the decade.

Cornerbacks: Stephon Gilmore (2017-present), Darrelle Revis (2014)
It doesn’t get much better than that.

We would have thrown in Malcolm Butler, but we didn’t want to cheat and include three outside cornerbacks. So we went with a big nickel defense with three safeties.

Gilmore is the front-runner for NFL Defensive Player of the Year this season. He’s made two Pro Bowls and one All-Pro team (should soon be two) since joining the Patriots.

Revis earned a Pro Bowl nod, First-Team All-Pro honors and won a Super Bowl in his only season with the Patriots.

This safety group has been the backbone of the Patriots’ second dynasty. McCourty is eighth in team history with 26 interceptions, and Harmon, “The Closer,” is pretty close behind at 16th with 17 picks.

Chung is a do-everything defender who has played safety, linebacker and slot cornerback. He’s one of the best players in franchise history to never make a Pro Bowl or earn an All-Pro nod.

McCourty has been the face of the secondary all decade and made two Pro Bowls and three All-Pro teams in the process.

Harmon is the perfect nickel defender for the unit as a rangy free safety who allows McCourty to play all over the defense.

Gostkowski might be the most underrated player of the Patriots’ two-decade dynasty. He gets too much crap for being one of the best kickers in the history of the game.

Punter: Jake Bailey (2019)
Bailey over Ryan Allen was a tough choice. Allen was great for six seasons. Bailey has been better in one.

Long snapper: Joe Cardona (2015-present)
There’s a reason why Cardona has stuck around so long. He’s as solid as they come as a snapper.

Special teams: Matthew Slater (2008-present)
He has a chance to make the Pro Football Hall of Fame for his special-teams contributions. He’s made eight Pro Bowls and five All-Pro teams this decade.

Returners: Cordarrelle Patterson (2018), Danny Amendola (2013-2017)
Patterson was electric in his one year as a kick returner in New England with 23 returns for 663 yards with a touchdown.

Edelman probably should get the nod here, but we wanted Amendola to make the list. He was solid as a returner, but he’ll be most remembered for his clutch contributions as a receiver in the 2017 postseason. 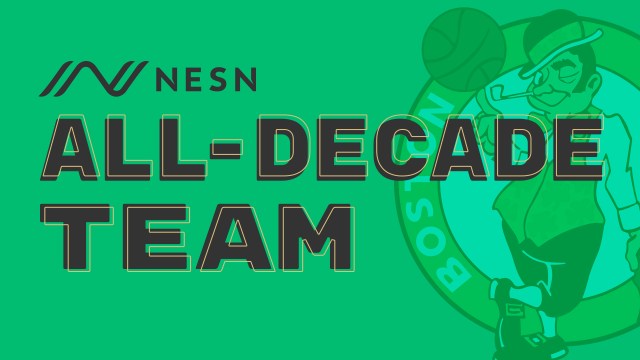 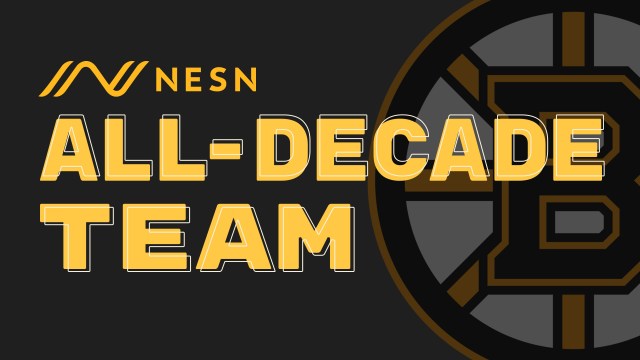