Patriots Games Of The Decade: Counting Down Top Five Games Of 2010s - NESN.com Skip to content

As 2019 draws to a close, we?re counting down the greatest New England Patriots games of the past decade. Today, we’re covering Nos. 5 through 1. For Nos. 6 through 10, click here.

4. Patriots vs. Baltimore Ravens, 2014 divisional round
Most of New England’s divisional-round games are duds. Not this one. The Patriots dug deep into their bag of offensive tricks to erase two 14-point deficits, bamboozling John Harbaugh’s Ravens first with inventive ineligible formations and then with a double-pass touchdown from Julian Edelman to Danny Amendola. Brady hooked up with Brandon LaFell to give New England its first lead of the game with just over five minutes remaining, and Duron Harmon sealed the win with an end-zone interception.

3. Patriots at Kansas City Chiefs, 2018 AFC Championship Game
The Patriots shut out NFL MVP Patrick Mahomes and the Chiefs in the first half, taking a 14-0 lead into the locker room. Then, all hell broke loose. The teams combined for 54 points after halftime, trading body blow after body blow on the frozen turf at Arrowhead Stadium — just two total punts after halftime — before Rex Burkhead punched in the game-winning touchdown in overtime.

2. Patriots vs. Seattle Seahawks, Super Bowl XLIX
The game that preceded Malcolm Butler’s iconic interception was, without question, one of the greatest in NFL history. The Patriots rallied from 10 points down in the fourth quarter — a comeback that sounds quaint given what occurred two years later but at the time was the largest ever in a Super Bowl — against the league’s best defense to win their first championship in 10 years. 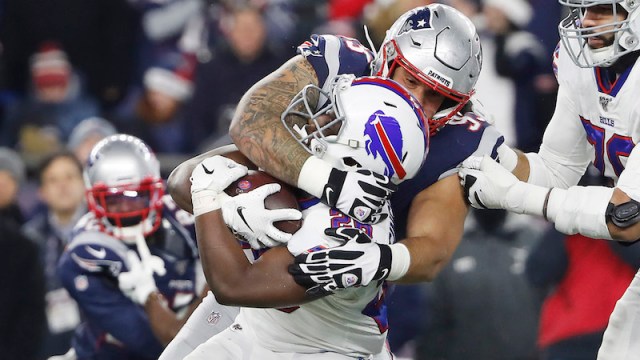 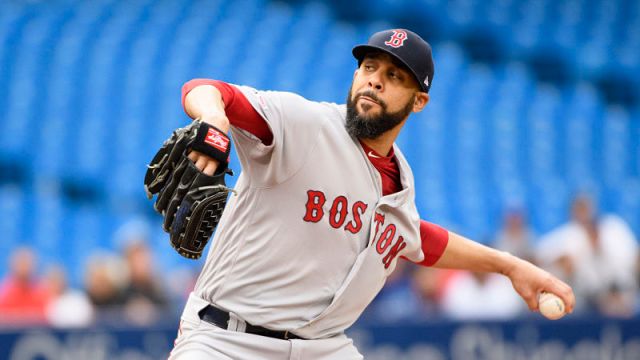