As 2019 draws to a close, we?re counting down the greatest New England Patriots games of the past decade. Today, we’re covering Nos. 10 through 6. The top five will be revealed next week.

10. Patriots at Pittsburgh Steelers, Week 15, 2017
This was Rob Gronkowski at his dominant, Steeler-killing best. After being held to two catches in the first half, Gronkowski manhandled Steelers safety Sean Davis on back-to-back-to-back plays in the final minutes, catching three passes for 69 yards to set up Dion Lewis’ go-ahead touchdown, then beating Davis again for a crucial two-point conversion. This game is best remembered, though, for what came next: the wildly controversial goal-line incompletion to Jesse James that triggered weeks of “What is a catch?” debates and ultimately prompted NFL rule changes. Duron Harmon picked off Ben Roethlisberger in the end zone two plays later to send the Patriots home victorious.

9. Patriots vs. Los Angeles Rams, Super Bowl LIII
Some folks would say this game was boring. They’d be wrong. This was the arguably greatest defensive performance in Super Bowl history, with the Patriots holding Sean McVay’s high-powered Rams offense to one measly field goal. Dont’a Hightower, Kyle Van Noy and Stephon Gilmore — whose fourth-quarter interception effectively sealed the win — all were deserving candidates for Super Bowl MVP, which ultimately went to Julian Edelman. So too was Gronkowski, who set up the game’s only touchdown with what proved to be the final two receptions of his NFL career.

8. Patriots vs. New Orleans Saints, Week 6, 2013
“Unicorns! Show ponies! Where’s the beef?!” Scott Zolak’s most memorable and ridiculous radio call punctuated this incredible Patriots victory. The scores of Patriots fans who exited Gillette Stadium after Tom Brady tossed an interception just before the two-minute warning missed the star QB lead a vintage drive that covered 80 yards in just 68 seconds and culminated with a 17-yard, game-winning touchdown to undrafted rookie Kenbrell Thompkins with five seconds remaining. This was only Act I in one of the more memorable days in Boston sports history, as David Ortiz belted his iconic ALCS grand slam a few hours later.

7. Patriots vs. Philadelphia Eagles, Super Bowl LII
Points, points and more points. The Patriots and Eagles combined for 74 of those and more than 1,100 total yards in the second-highest-scoring Super Bowl ever. Brady threw for 505 yards and three touchdowns in a losing effort, three Patriots surpassed 100 receiving yards (Gronkowski, Chris Hogan and Danny Amendola) and Malcolm Butler watched it all from the sideline, benched for reasons that remain unexplained to this day.

6. Patriots vs. Jacksonville Jaguars, 2017 AFC Championship Game
Given the current state of the Jaguars franchise, it’s easy to forget how close they came to a Super Bowl berth just two short years ago. The Jags held a 10-point fourth-quarter lead over the Patriots but couldn’t hold it, allowing Brady — who’d suffered a nasty gash on his throwing hand days earlier — to fire two late touchdown passes to playoff superstar Amendola. Brandin Cooks also had 100 receiving yards in this game to offset the loss of a concussed Gronkowski, and Gilmore finished things off with a diving pass breakup on fourth down. 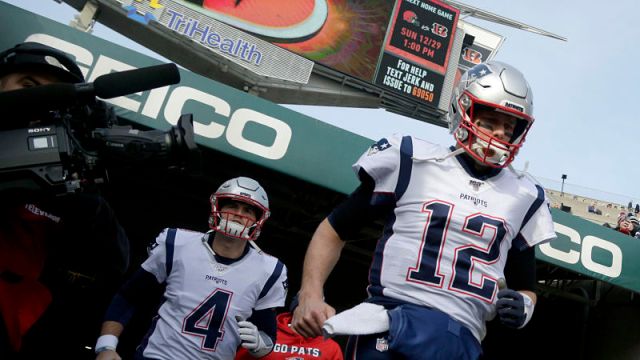 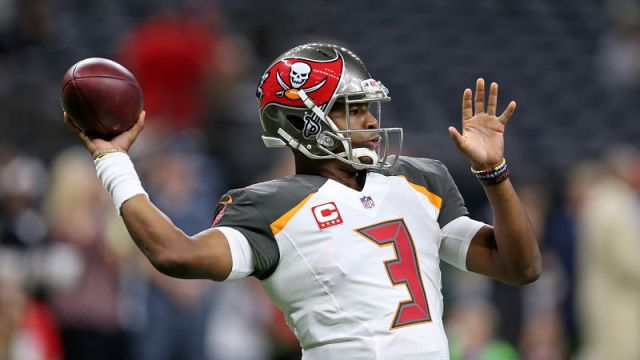