Stephon Gilmore Proves He Deserves Defensive Player Of The Year In Win Over Bengals - NESN.com Skip to content

CINCINNATI — It’s been 10 years since a cornerback earned Defensive Player of the Year honors in the NFL.

That drought should end this season. No 2019 defender is more deserving than Stephon Gilmore.

“I kept saying on the sideline, does (Bengals cornerback Andy Dalton) know?” safety Duron Harmon said after the game. “(That’s) an All-Pro corner, best corner in the league. I guess not. That’s what happens.”

Gilmore said he knew which route Boyd was going to run on each of his two interceptions, which came on back-to-back Bengals possessions early in the second half. On the first, he outmuscled the wideout, caught Dalton’s pass with one hand and held on while being body-slammed to the turf.

The second had a much lower degree of difficulty. Dalton lolly-popped a pass to Boyd in the flat, and Gilmore, anticipating the 5-yard out, undercut the route and sprinted untouched into the end zone.

How did he know? Film study. He’d seen the Bengals run these exact same route combinations before.

“They’ve got to switch the play up, because — I wouldn’t say it was easy, but I knew the route,” said Gilmore, later adding he “should have had four” picks in the game.

Gilmore, who also took a Ryan Fitzpatrick interception to the house in Week 2, is the first Patriots player to record multiple pick-sixes in a single season since Tedy Bruschi in 2003. His six interceptions lead the NFL, and he entered Sunday with a passer rating against of 42.7, according to Pro Football Focus — second-best among all corners behind teammate J.C. Jackson, who also hauled in two interceptions in the win.

That number will drop even lower after Gilmore surrendered just two catches on six targets for 24 yards against Boyd, who entered Week 15 ranked 12th in the NFL in receptions.

Gilmore hasn’t allowed more than 50 receiving yards in a game since Week 5 and has allowed more than 51 just once all season. He has yet to surrender a touchdown pass. In the last nine games, he’s let up 20 catches and defended 14 passes (five interceptions, nine PBUs), per PFF’s tracking data.

“The guy’s been on point every week we’ve lined up and played a game,” safety Devin McCourty said.

Added Harmon: “He’s a phenomenal football player. What he’s able to do on the field is rare. Being able to play that type of man coverage, being able to read the quarterback and intercept the ball, it’s rare skills, and it has to be why he’s the best corner in the league.”

The last cornerback to win Defensive Player of the Year was Charles Woodson in 2009. The last before him was Deion Sanders in 1994. Since 1981, just three corners have received that honor: Woodson, Sanders and Rod Woodson in 1993.

Given the way award voters typically favor front-seven players, it would take a remarkably special season from a defensive back to alter that mindset. That’s exactly what Gilmore is having.

“I think his play on the field is unmatched,” special teams captain Matthew Slater said. “As a fan of the game, as a teammate, you love watching the guy do what he does, and he plays it at elite level.” 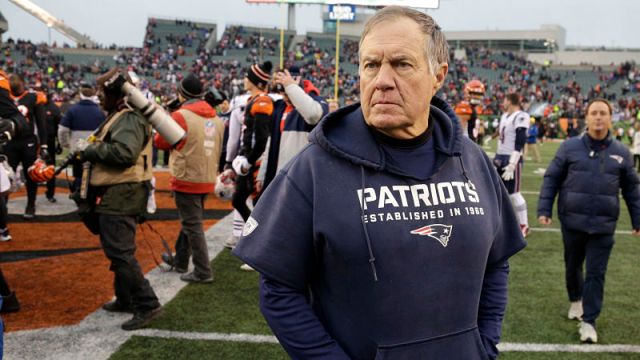 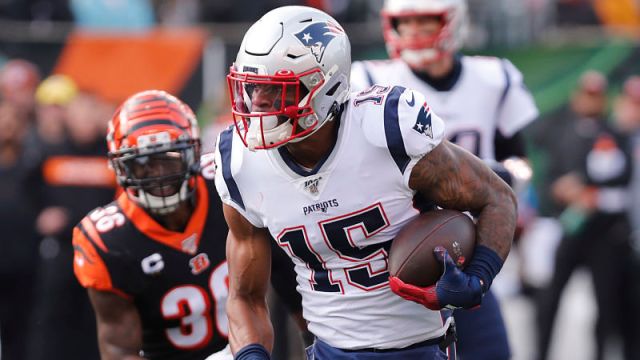 N’Keal Harry Getting ‘Groove Back,’ ‘Playing Faster’ In Patriots Win