Who Helped Patriots Most In AFC East-Clinching 24-17 Win Over Bills? - NESN.com Skip to content

The Patriots offense actually looked more than halfway decent against one of the best defenses in the NFL on Saturday when they beat the Buffalo Bills 24-17 to clinch the AFC East. We don’t want to get too far ahead of ourselves, but it was a positive development for a team that has struggled to move the ball for weeks.

The Patriots put up 416 yards of total offense. It’s only the second time they’ve gained over 400 yards of offense since Week 6.

Here’s who helped the Patriots most in the Week 16 win:

QB TOM BRADY
The Patriots quarterback hasn’t been in this spot very often this year. But he played well against a tough Bills defense. He went 26-of-33 for 271 yards with a touchdown and no turnovers. The Patriots will take this Brady for the rest of the season.

RB REX BURKHEAD
Burkhead set a career-high with 77 receiving yards on four catches, including a 31-yard catch-and-run. He also carried the ball five times for 20 yards with an impressive 1-yard touchdown run.

Running back Sony Michel picked up 96 yards on 20 carries. He caught one 5-yard pass.

WR JULIAN EDELMAN
Edelman missed a chunk of time in the second half while being evaluated for a head injury. He came back into the game to pick up a 30-yard gain on the Patriots’ go-ahead drive. He also caught a valuable two-point conversion for the Patriots to go up by seven points. Edelman finished with five catches for 72 yards while dealing with knee, shoulder and head injuries.

DT LAWRENCE GUY
Guy was a force with four run stuffs, a 12-yard sack and a quarterback hit. It was one of the most impactful games of Guy’s Patriots career.

LB DONT’A HIGHTOWER
After being named to the Pro Bowl, Hightower registered five tackles, 1.5 sacks and a pass breakup.

K NICK FOLK
Let’s give the Patriots’ kicker some credit. He was 3-of-3 on field goals and 1-of-1 on extra points. He hit a 51-yard field goal, which shows the Patriots are beginning to trust the 35-year-old kicker more and more as the season progresses. 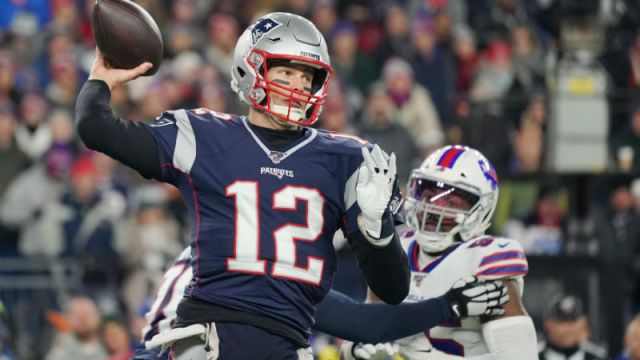