The Boston Bruins certainly deserved a little TLC after an impressive first half of the 2019-20 season.

But the NHL All-Star break is over, and it’s time for the squad to regroup.

The B’s have 31 games left on their schedule before the regular season wraps up on April 4 — 18 of which will be played on the road. Boston currently sits atop the Atlantic Division, though the Tampa Bay Lightning and Florida Panthers are nipping at their heels.

Brad Marchand says the season tends to drag a bit at this time of year, and thinks it was good for everyone to have a little time off.

“This season’s been a little long, seems a little long, longer than usual,” Marchand told reporters Thursday. “It’s always good to get away, get a break mentally from it all and just enjoy some time with your family and your buddies and teammates or whoever you go away with.

“It also gets you excited to come back and play again. And I think that’s where we’re at. We were having a lot of fun out there on the ice, and looking forward to getting back at it.”

.@Bmarch63 on returning from the bye week and Pasta's MVP performance at #NHLAllStar: "Great for Pasta, he had a great weekend?he?s such a talented player and it?s great for him to shine on a level like that." pic.twitter.com/OQp9TfwwWi

Patrice Bergeron has been at this a while, so he’s no stranger to these kinds of breaks. He already knows what lies ahead for the Bruins in the final two months of the regular season, and a little rest is helpful.

“It’s nice to be able to recharge your batteries and be ready for the last stretch, obviously the most important one,” he said. “It was nice to get some time with the family and that’s it. Now we’re back at it. … There’s 30 games left and it is good times as far as recovering from whatever’s from the body and the fatigue and all that and look forward to the last stretch and end the season on the right note.”

? Patrice Bergeron on being back from the break: "It?s always nice to be able to recharge the batteries and be ready for the last stretch, obviously the most important one." pic.twitter.com/h7h1KNAeZU

The Bruins start the second half of the season Friday when they take on the Winnipeg Jets at Bell MTS Place. 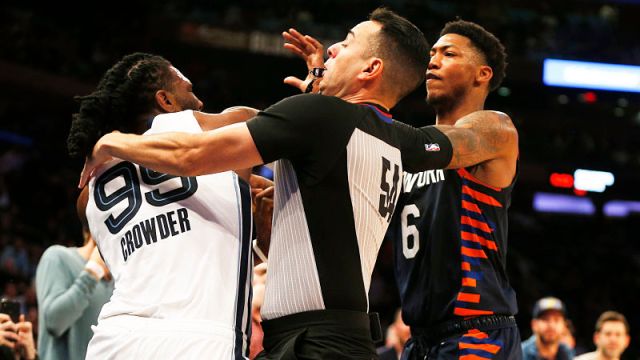 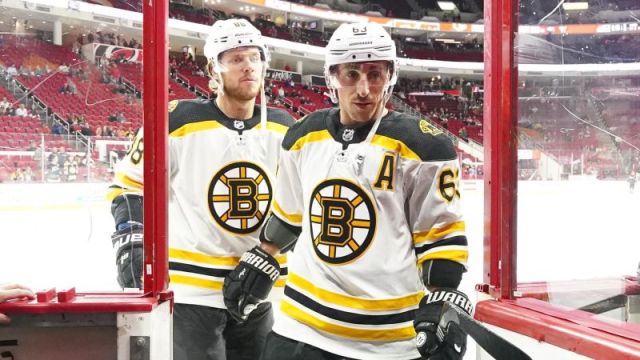