The Bruins made the most out of their last three games and look to continue that momentum in their upcoming week.

Boston went 3-0-0 last week with wins over the Nashville Predators and Winnipeg Jets as well as an overtime victory against the New York Islanders. The Black and Gold sit tied for the top spot in the NHL standings with the Washington Capitals and St. Louis Blues.

Now the B’s shift their focus to the four-game week ahead that includes a home-and-home against the Pittsburgh Penguins, but may be shorthanded on the blue line.

Matt Grzelcyk was roughed up in the Bruins’ win over the Islanders, taking a Derick Brassard stick to the back of his leg in the first period. He missed the remainder of the contest and is deemed a game-time decision after X-rays came back negative.

Let’s see what’s on deck for the Bruins:

What You Need To Know
The Flyers on Saturday were shut out for the first time this season against the Tampa Bay Lightning. They have a strong penalty kill (82.3 percent), but have won just one out of their last six games and sit fifth in the Metropolitan Division. Philly’s power play also isn’t anything that will raise eyebrows, sitting 19th in the NHL. However, the B’s lost to the Flyers on Nov. 10 in a shootout.

Columbus defeated the B’s in overtime to kick off 2020 in overtime and have won three of their last four games. The Blue Jackets sit just behind the Flyers in the Metro. The Blue Jackets defeated the Vegas Golden Knights on Saturday to lock up their third victory in four games. They appear to be surging at a good time and are just six points behind the third-place Islanders.

The Penguins have won four of their last five but still are without Sidney Crosby. The Pittsburgh captain has been sidelined since Nov. 9 with a core muscle injury, but the Penguins have played some of their best hockey in his absence, going 17-6-4. It’s unknown whether he’ll return this week.

Who Bruins Need To Watch Out For
Sean Couturier has at least a point in four of the Flyers’ last five games. He’s also second on the team with 36 points and 24 assists. Couturier had two assists in Philadelphia’s win over Boston earlier this season and has been a bright spot for the Flyers team by creating scoring chances, intercepting passes and getting the puck from his opponent.

Pierre-Luc Dubois has five goals and 11 assists in his last 16 games going into Tuesday’s game against Boston, including the game-winning overtime goal in Columbus’ last meeting with the Bruins. He’s been a beast for the Blue Jackets of late and hasn’t shown signs of slowing down.

Tristan Jarry has been solid in net for Pittsburgh with a league-best 2.08 goals-against average and .932 save percentage. He’s also tied for first with three shutouts. Evgeni Malkin picked up two assists in Sunday’s shootout win over the Arizona Coyotes, and as points in 16 of 19 games since Thanksgiving. He’s also amassed 44 points in 32 games. 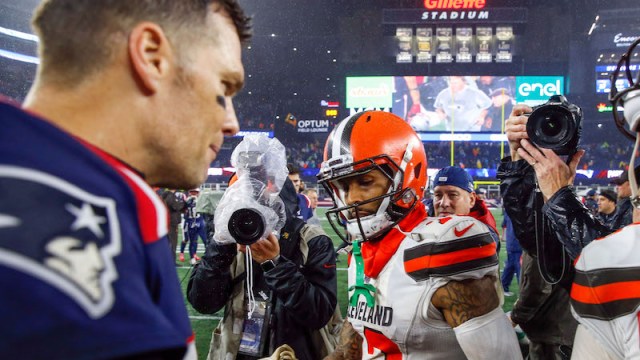 Who Could Patriots Pilfer From New-Look Browns In Offseason Trades? 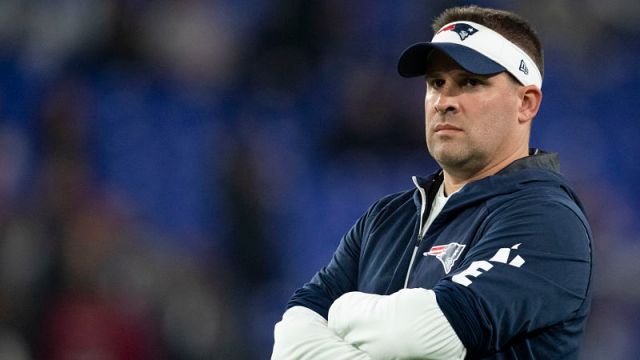