BOSTON — The Boston Celtics were stumbling a bit in the early goings Wednesday night.

But then their fortune changed, and in a pretty big way.

Beginning with a Daniel Theis 3-pointer, the Celtics kicked off a 23-0 run that turned a 42-35 deficit into a 58-42 lead. Overall, they held the Grizzlies to just two points in the final 6:24 of the quarter.

Even for Memphis’ shortcomings this season, hanging 23 unanswered on any NBA team is no small feat.

And for Celtics head coach Brad Stevens, it all started with a sound defensive effort.

“The 23-2 run at the end of the first half, obviously, was the key to the game,” Stevens said. “I mean, they were up 42-35 and I thought our guys really dug in on the defensive end of the floor, and then (Jayson Tatum) scored a bunch of buckets there in a row and pushed it out.”

That’s not too surprising of a breakdown from Stevens, who values defense over everything. And given the results in the second quarter, it’s hard to argue with that mindset.

“I mean, a lot of credit to the Celtics. They brought it defensively tonight,” Jenkins said. “This is something we talked about. It is great for our guys to experience, especially our young guys. … (The Celtics) just got into the ball a lot more, they were in the passing lanes, the driving lanes; we just couldn’t seem to find the open guy or just hold on to the ball. That just seemed to spark their transition, when we did get open shots they rushed us into our shots. We didn’t get our rhythm shots that we needed so it was just great learning. As fortunate as it is, but you strive to play to that level. Credit to the Celtics, they played great tonight.”

Here are some other notes from Wednesday’s Grizzlies-Celtics game:

— The Celtics had a couple injury scares against the Grizzlies, but it doesn’t appear there’s much need for concern.

Already down Jaylen Brown, Jayson Tatum left the game in the third quarter with a right groin strain. He was ruled out shortly thereafter, but did return to the bench in the fourth quarter to spectate.

After the game, Stevens said he wasn’t too concerned about the ailment.

In the fourth quarter, Enes Kanter limped to the locker room after getting worked on by the trainer for a few minutes. He later made light of it, saying the injury was because he dove for a loose ball, but that he would be fine.

— Despite the early exit, Tatum put together a nice performance, posting 23 points on 9-for-18 shooting over 26:08. He also added seven rebounds and four assists.

Tatum continues to display impressive growth offensively, and it seems he’s really starting to find a rhythm. Over his last three games, Tatum is averaging 25.3 points on 51.9 percent shooting.

— Brown did not play against the Grizzlies due to an ankle injury suffered in Monday’s win over the Los Angeles Lakers.

According to Stevens, Brown will travel on the Celtics’ upcoming road trip, which begins Friday in Orlando.

“It’s like 60 degrees warmer (in Orlando). He’ll travel,” Stevens joked. “He’ll have his foot in ice I’m sure, but whatever.” 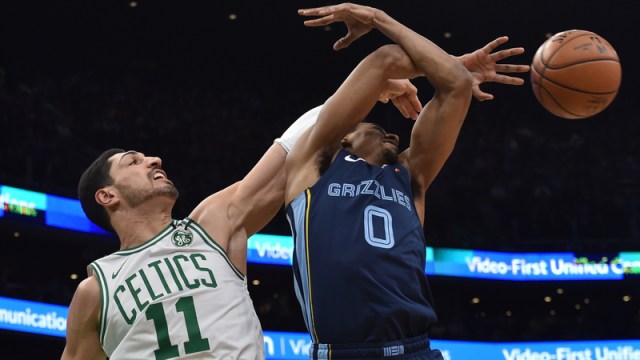 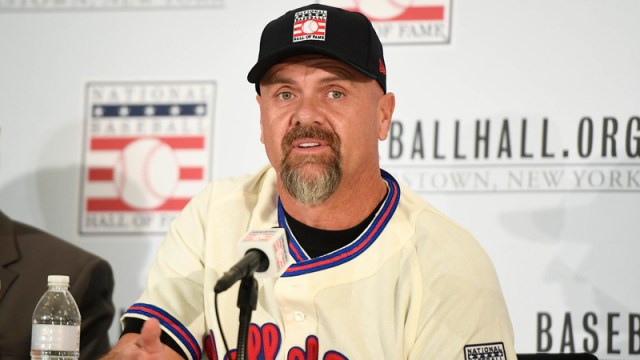