BOSTON — The Celtics arguably had their worst loss of the season Wednesday night in their first game of a back-to-back.

Boston lost to the Detroit Pistons 113-106 at TD Garden in a game that featured sloppy defense, a Jaylen Brown sprained thumb and a late Marcus Smart ejection.

The Pistons essentially seemed like an opponent the Celtics should beat, even without Jayson Tatum available. But that wasn’t the case Wednesday. And if you ask Brad Stevens, it’s not really all that shocking to him.

“The NBA doesn’t surprise me,” he said. “These teams are good.”

But now Boston will be faced with a tough, first-place Milwaukee Bucks team Thursday night. There won’t be much time to recover, but Brown had a simple message for his team in order to get back to its winning ways.

“I think we’re going to be motivated to play (Thursday),” he said. “We didn’t come with the right energy. And teams are looking to beat us now, we’ve been saying that all year. … We lost, and that was all-around. Everybody’s gotta be better.

“We gotta get back to being the seeker and not the seeked.”

Here are some other notes from Wednesday’s Celtics-Pistons game:

How bad, you ask? Detroit shot 60. 3 percent, the best against the Celtics this season.

“They played really well. They got really comfortable,” Brown said. “They made a lot of tough shots. Derrick Rose played really good. His pace was amazing tonight and we fell short.

“… We got comfortable winning early … and we got away from some of the things we did to get those wins.”

— Marcus Smart was ejected with 2:33 left in the game, ripped his jersey off and tossed it into the air as he headed back to the locker room.

“Everybody gets a little frustrated throughout the course of the game,” Kemba Walker said. “Things weren’t going our way. It happens.”

But could that frustration potentially have led to some distractions?

“It’s possible,” Walker said. Being frustrated can definitely put your focus elsewhere. I feel at times that kind of happened. That’s what we gotta be better at.”

— The Celtics are back at it Thursday night when they travel to Milwaukee to take on the Bucks. Tip-off from Fiserv Forum is set for 8 p.m. ET. 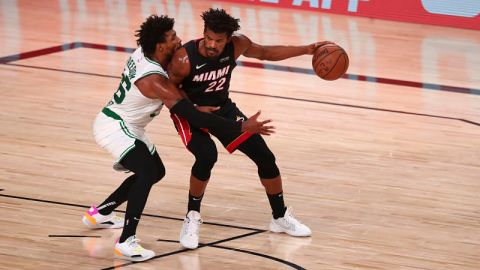 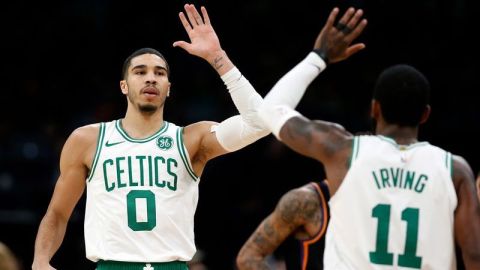 NBA Rumors: Jayson Tatum Staying In Touch With Kyrie Irving While In Bubble 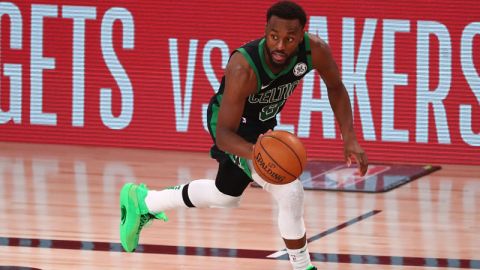