Jayson Tatum Emotionally Explains Why All-Star Selection Is So Important To Him - NESN.com Skip to content

BOSTON — Jayson Tatum is an All-Star.

The NBA on Thursday released the reserves for the 2020 All-Star Game, and Tatum got the call. The Boston Celtics forward has not only taken big strides in the offensive side of his game this season, but also as a defender.

It was a well-deserved honor for the 21-year-old, who didn’t find out he made the cut until getting to the arena Thursday night.

“I didn’t officially find out until I got here,” Tatum said after the Celtics’ 119-104 win over the Golden State Warriors. “I had a good indication or a good feeling, but I found out once I got on the court for pregame shooting. And obviously (my son) Deuce came to the back with ‘My Dad’s An All-Star’ shirt, so it was icing on the cake.”

Tatum won’t be alone on his trip to Chicago, as Kemba Walker was named one of the starters. The two have spent plenty of time together over recent months between playing on Team USA and the Celtics together, while also going on a Jordan Brand trip together where Tatum recruited Walker to Boston.

So to be able to experience the All-Star Game with Walker is exciting for Tatum.

“I am so excited,” Tatum said. “It has always been a dream of mine and it finally happened and to get to join him, my teammate, at All-Star weekend, it doesn’t even feel real right now. I’m so excited.”

Tatum admitted that he almost cried, but didn’t, when he heard the news (though he said he might cry later Thursday night).

When asked why, Tatum had a heartfelt response.

“I have been watching the All-Star Game ever since I started watching basketball,” Tatum said. “I would always get Kobe’s All-Star jersey and I always had aspirations that one day I would be in the All-Star Game. At 21-years-old to make it a reality, I can’t put it into words. It is a special feeling.” 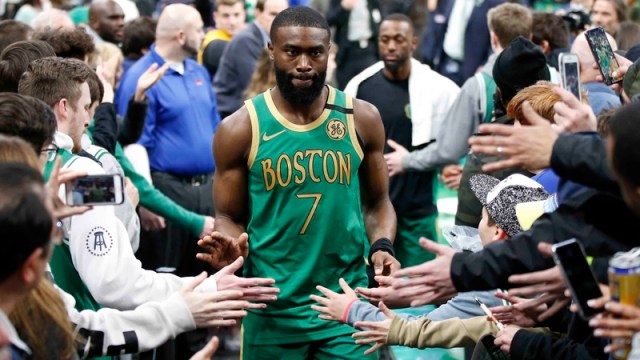 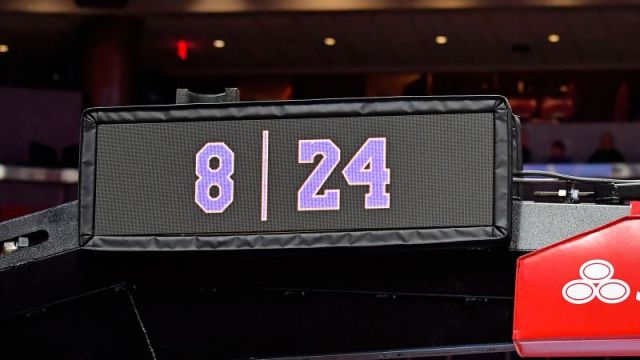