The New York Giants reportedly are hiring a New England Patriots assistant as their new head coach, and it isn’t Josh McDaniels.

Patriots wide receivers coach/special teams coordinator Joe Judge will be the next coach of the Giants, according to multiple reports Tuesday morning.

ESPN’s Adam Schefter was the first to report the hiring.

One note on the #Giants: Matt Rhule called them before signing his 6-year deal with the #Panthers and gave them the opportunity to match and lure him to get on the plane. They declined and hired Joe Judge instead.

This is the first head-coaching job at any level for Judge, who interviewed with the Giants on Monday. The 38-year-old had been with the Patriots since 2012, working exclusively with the kicking game before adding receivers to his workload this past season.

The Patriots now will need to fill two slots on their coaching staff. Cameron Achord has worked as a special teams assistant under Judge for the last two seasons, and former Patriots star Troy Brown was the team’s unofficial assistant receivers coach in 2019.

A reunion with Chad O’Shea also would make sense. O’Shea spent a decade as New England’s wide receivers coach from 2009 through 2018 before following Brian Flores to Miami to become the Dolphins’ offensive coordinator. Miami fired O’Shea shortly after defeating the Patriots in Week 17, and he has yet to land a new coaching gig.

McDaniels, the Patriots’ longtime offensive coordinator, was viewed as a top head-coaching candidate as the season wound down, but his options are dwindling. The Panthers and Giants hired Rhule and Judge, respectively, before either interviewed McDaniels, leaving the Cleveland Browns as the only remaining team with a head-coaching vacancy.

The Browns reportedly are scheduled to interview McDaniels on Friday.

The #Browns plan to interview #Eagles DC Jim Schwartz tomorrow and #Patriots OC Josh McDaniels on Friday, per sources. #Vikings OC Kevin Stefanski, a finalist last year, is expected to interview again this week, too. No rush with all other head coach vacancies filled. 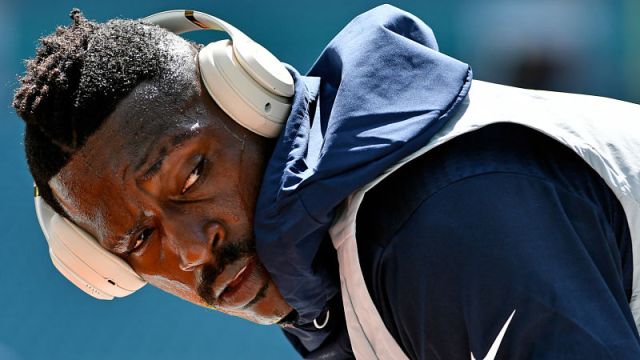 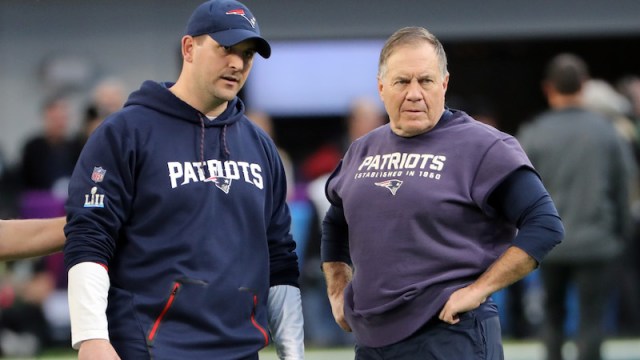 How Can Patriots Replace Joe Judge After Assistant Leaves For Giants?