The college football season offically is over. Pre-draft season has arrived.

With the Senior Bowl, NFL Scouting Combine, pro days and other prospect-related activities set to take place in the coming weeks and months, we’ve compiled a list of positional needs the New England Patriots could address in the 2020 NFL Draft. Keep in mind that these needs could change depending on how the team approaches free agency and the trade market once the NFL league year opens March 18.

TIGHT END
The Patriots’ biggest roster-building blunder of 2019 was not sufficiently replacing Rob Gronkowski. Ben Watson, Matt LaCosse and Ryan Izzo managed just 36 catches for 418 yards and two touchdowns between them this season — marks a past-his-prime Gronkowski surpassed by himself in 2018. Remedying that situation is an absolute must for this offseason. As for draft options, the 2020 tight end class is quite a bit weaker than the 2019 edition headlined by T.J. Hockenson and Noah Fant, but many draft experts are high on Notre Dame’s Cole Kmet, who’s been a popular mock draft choice for the Patriots at No. 23. LSU’s Thaddeus Moss, son of Randy, also boosted his draft stock with a two-touchdown performance in Monday’s College Football Playoff National Championship Game. He’ll be another name to watch for New England if he declares.

WIDE RECEIVER
Julian Edelman was the Patriots’ only consistently reliable wideout this season, and he’ll be 34 and coming off multiple offseason surgeries when the 2020 campaign begins. Rookies N’Keal Harry, Jakobi Meyers and Gunner Olszewski should improve in Year 2, and perhaps Mohamed Sanu can become the type of player New England thought it was trading for after a full offseason in Josh McDaniels’ system, but this position group definitely could use an influx of talent. The only question is whether that should come in the form of a high draft pick — the Patriots’ offense is notoriously difficult for young receivers to learn — or a veteran acquisition via trade or free agency. Worth noting: This year’s receiver class — which includes title game participants Justin Jefferson of LSU and Tee Higgins of Clemson — is projected to be one of the best in years.

EDGE RUSHER
Chase Winovich should take on a larger defensive role as an NFL sophomore, but with top pass rusher Kyle Van Noy likely to leave in free agency, the Patriots still could use another talented edge defender. One such player was on the field Monday night in New Orleans: LSU’s K’Lavon Chaisson, who’s been mentioned as a potential first-round target for the Patriots. (Playmaking linebacker Jamie Collins, who played both off the ball and on the edge this season, also is an impending free agent.)

INTERIOR OFFENSIVE LINE
Joe Thuney is about to make a whole boatload of money in free agency. Ted Karras will be a free agent, as well, and could be gone if a team is willing to offer him a starter’s salary. That means the Patriots could lose their starting left guard and their top iOL backup (and potential Thuney replacement) this spring, all while the starting center David Andrews’ status remains uncertain. 2019 fourth-round pick Hjalte Froholdt has potential, but he looked extremely raw in preseason games last summer before spending the entire season on injured reserve.

OFFENSIVE TACKLE
Right tackle Marcus Cannon battled injuries, illness and inconsistency this season and turns 32 in May. Left tackle Isaiah Wynn was a mixed bag (albeit a promising one) following his eight-week stint on injured reserve and potentially could be moved to guard if the Patriots can’t find a viable replacement for Thuney. The only other tackles currently under contract for 2020 are Korey Cunningham, who played in just one game this season, and Yodny Cajuste, who never even practiced after undergoing pre-draft surgery. Even if Cannon and Wynn remain in their respective starting spots, this group needs addressing.

DEFENSIVE LINE
The Patriots rarely utilized their 3-4 base defense this season, but when they did, its shortcomings up front were apparent. Case in point: Deatrich Wise was bullied by the Tennessee Titans’ rushing attack during the Pats’ playoff loss. If New England plans to stick with the 3-4, it could benefit from adding another big-bodied D-lineman to complement Lawrence Guy and Danny Shelton. This need becomes far greater if Shelton signs elsewhere in free agency.

SAFETY
Devin McCourty and Patrick Chung both will turn 33 in August, and the former is an impending free agent coming off arguably the best season of his career. He’ll garner interest from teams looking to add experience and leadership to their secondaries. Chung, meanwhile, battled myriad injuries this season that sidelined him for three games after undergoing multiple offseason surgeries. His body has taken a beating over the last few years. The Patriots need to begin planning for life after both of these franchise cornerstones.

QUARTERBACK
Two important questions here: 1) Will Tom Brady be back? And 2) How high are the Patriots on Jarrett Stidham? If Brady re-signs and Bill Belichick truly believes last year’s fourth-round pick can be his quarterback of the future, then maybe drafting a QB this year isn’t necessary. If Brady bounces or the Pats aren’t sold on Stidham, they should take another swing at the game’s most important position, ideally in the first few rounds. 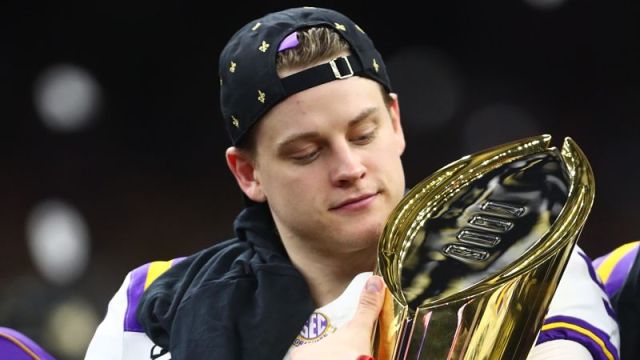 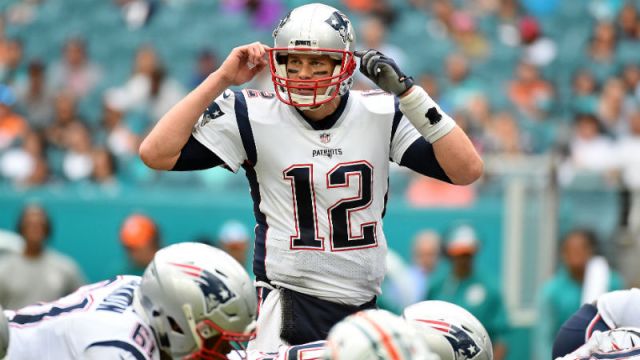 Tom Brady To Dolphins? Why QB Does (And Doesn’t) Make Sense For Miami