You wouldn’t think Tom Brady has a lot to prove.

But alas, he does.

The New England Patriots signal-caller is the most accomplished quarterback in NFL history, and, despite regressing this past season, is playing at a pretty high level for a 42-year-old.

So when he took to Instagram earlier in the week to address his future, one particular line of note was: “I know I still have more to prove.”

During his weekly appearance with Jim Gray on Westwood One on Saturday, Brady was asked what it is he has to prove, and to whom.

“Well, it’s always been proving it to myself. and being motivated internally to push myself to the limits,” Brady responded. “And sometimes the limits push back, I’ve experienced that, but I also think I’m inspired by so many people who push the limits. You know, I watch a lot of movies, I love watching documentaries of incredible human feats, and they’re inspiring when people climb these mountains and do things people never thought were possible. And I’m at a certain point in my career where people think what I’m doing is, to a degree, impossible. For me it’s about continuing to prove to myself that I can lay it all on the line and we can still try to achieve the ultimate goal, which is winning Super Bowls.” 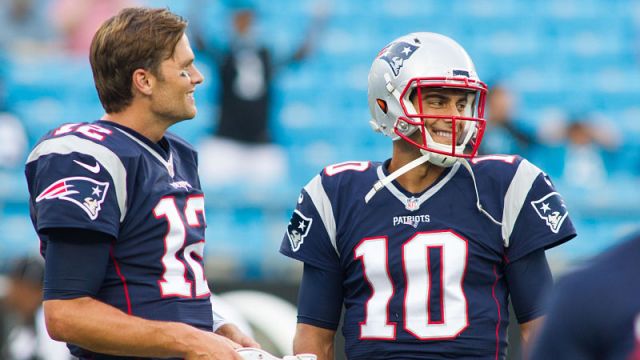