BOSTON — Given the disdain the Boston Bruins and Calgary Flames appeared to share for one another Friday night, one might’ve thought some more bad blood could’ve spilled over into Tuesday’s meeting between the two at TD Garden.

But alas it was somewhat tame, save for a little contentiousness between Brad Marchand and Mikael Backlund in the first period.

Just beyond the midway point of the opening frame, Marchand scored a shorthanded goal, burning Noah Hanifin in the neutral zone before fighting off the defensemen’s attempt at prying the puck away from the winger before beating Calgary goaltender David Rittich.

Marchand’s response to the goal was to skate toward a few Flames, namely Backlund, and stare them down. Mind you, this was at the boards opposite the benches, so it wasn’t exactly a subtle move by Marchand. In other words, he knew what he was doing.

Well, Backlund took exception to it and seemed to challenge Marchand, and the referee stepped in and guided Backlund to the bench while Jeremy Lauzon tried to take the center up on the challenge.

After the game, Marchand was asked about the interaction.

“Yeah we were just having a chat,” the winger said.

Backlund didn’t go into too much more detail.

“He didn’t say anything,” Backlund remarked. “He just did his classic smile, so it always feels good to give it right back to him by winning and scoring.”

The Flames did ultimately win 5-2, so Calgary does indeed get the last laugh. 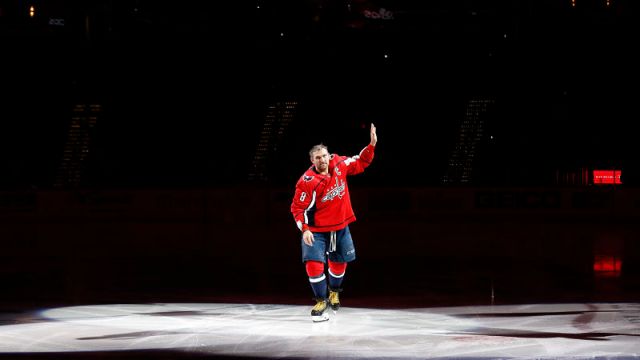 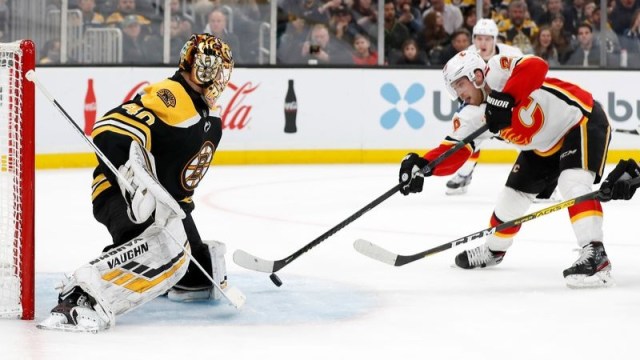