Neither head coach Brad Stevens nor Daniel Theis would have expected the night the Boston Celtics’ center was about to have after the way it started.

Theis missed each of his first two shots and was beat on an easy bucket in the paint early, finding himself a seat on the bench just 2:24 into the game. Bug then he collected himself and came back out on the floor approximately six minutes later.

The mental reset clearly paid dividends as Theis went on to record career-highs in both points (25) and rebounds (16) while shooting 9-for-14 from the field in 28 minutes. He was one of four Celtics to record at least 25 points while all five starters finished in double figures during the Celtics’ 127-117 win over the Minnesota Timberwolves on Friday at Target Center.

“I had a bad start,” Theis said, as seen on NBC Sports Boston’s postgame coverage. “I got beat on a layup and everything. I didn’t expect it too. But I think I got my mind right, when coach took me out I had a couple minutes on the bench to focus again and said ‘Next time I come in I do (it) way different. Play harder and just run the court.'”

Stevens had high praise for the center after the game.

“First couple possessions I wouldn’t have predicted that. He got beat up pretty good,” he said. “But he was great. He was a threat at the rim. And, you know, one of the things about when others teams go small, you emphasize the role even more. And they were pretty small in there. He did a great job getting behind and the other guys did a great job of finding him.”

Theis was crucial down the stretch, specifically over the final four minutes. He finished on a bucket in the paint to put the Celtics up 116-111, blocked his only shot at the rim as the T-Wolves tried to make it a one-possession game, recorded one of his 10 defensive rebounds with 3:15 left and finished on a thunderous dunk to put the C’s up 10 points late.

“He’s really unselfish. And by that, it’s not always passes. He really just gives up his body a lot with his cuts, his screens sealing guys letting us get open looks,” teammate Gordon Hayward said, as seen on NBC Sports Boston’s postgame coverage. “He’s a really good basketball player. And that’s just on that (offensive) end. Defensively he’s been our anchor all year. So, he’s really good for us, we need him and we need him to play like he did tonight.”

Here are some other notes from Celtics-Timberwolves:

— The win over the Timberwolves made some history.

It only was the second time in franchise history the Celtics had four players — Hayward (29), Jayson Tatum (28), Jaylen Brown (25) and Theis– score at least 25 points in the same game. The last time was in 1960, per Celtics Stats.

“That’s a long time,” Theis said humorously. “I think it just shows how deep and how good our team is. We have guys that can score 20 every night with Kemba, JT, Jaylen, Gordon, Smart, tonight I was in the mix too.”

— Tatum recorded his 42nd consecutive game in which he finished with double figures. Tatum showcased there was no hangover to follow the NBA All-Star break, leading The Green early as he scored 18 of his 28 points in the first half.

Tatum finished 8-for-21 from the field while shooting 40 percent from behind the arc, including one crunch-time 3-pointer to put the C’s up 119-111.

— Stevens earned a little history of his own.

With the win, the Celtics coach moved to fourth in franchise history for regular-season wins with 309. Stevens surpassed K.C. Jones and now trails Red Auerbach, Tommy Heinsohn and Doc Rivers, per The Athletic’s Jay King. 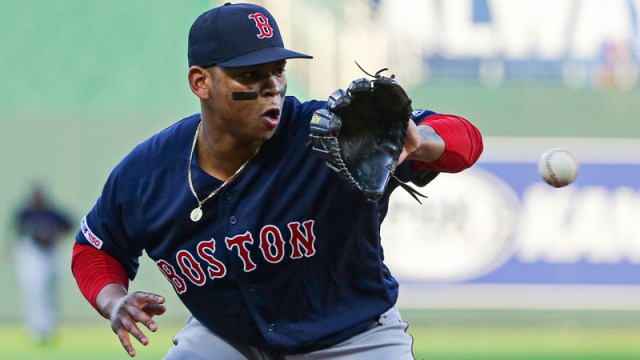 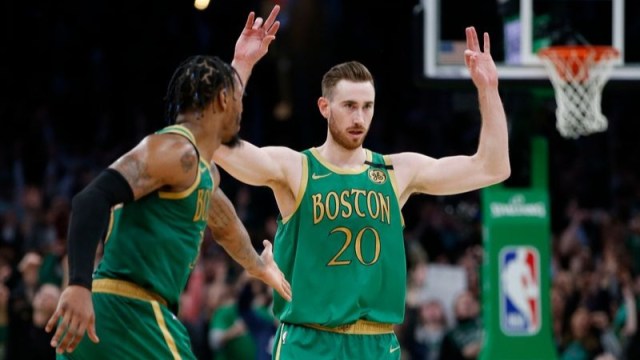