It should be said and will continue to be said, but there’s no way the Boston Red Sox can replace Mookie Betts in the lineup or in the field.

Now that we got that out of the way, the responsibility of Chaim Bloom and the Red Sox’s baseball operations department remains the same: put together a lineup and defensive alignment that can collectively attempt to replace Betts’ production.

Again, it ain’t gonna be easy, but we’ve already seen some ways in which they’re trying. The most obvious was acquiring outfielder Alex Verdugo in the trade that sent Betts to the Los Angeles Dodgers. He’s a fine player with a high ceiling, and if he can get (and stay) healthy, he’ll be a nice piece of the puzzle. Another intriguing outfield option made his way to Fort Myers on Friday.

Veteran outfielder Kevin Pillar, according to a whole bunch of reporters in Florida, reported to Red Sox camp Friday. According to reports, he’s set to sign a one-year contract in the $4.25 million range. He’ll join Verdugo, Andrew Benintendi and Jackie Bradley Jr. in the Boston outfield.

Red Sox fans are familiar with Pillar’s work. He spent parts of his first six seasons with the Toronto Blue Jays and was traded to the San Francisco Giants seven games into his seventh campaign. Just three or four years ago, the 31-year-old was considered one of the best defensive outfielders in baseball. He was 11th in all of baseball in 2016 in outs above average, the first season the stat was recorded. If it weren’t for players like Bradley or Tampa Bay’s Kevin Kiermaier, he might even have a Gold Glove by now.

But it’s important to note the Red Sox aren’t getting the 2016 or 2017 version of Pillar. If they were, he’d probably cost them a little more than $4.25 million. But if Ron Roenicke decides to use him as a fourth outfielder, he should fit in nicely. Pillar’s defense was more or less average in 2019 with the Giants. He was good for just two outs above average — Victor Robles led the big leagues with 23 — and his expected catch percentage of 87 percent was equal to his actual catch percentage. Basically, he caught what he was supposed to catch. Pillar might not have the same speed and burst that helped him make some highlight-reel plays earlier in his career, but the BaseballSavant numbers say he’s an efficient route-runner, so we’ll take their word for it. That should play well in Fenway Park’s spacious, uniquely designed outfield with which he has 47 games of familiarity.

And he can still go get it when he needs to.

Could Kevin Pillar BE any more like Superman?
#Friends25 | #SFGiants pic.twitter.com/9PAsCqvcTt

He’s something of a throwback when it comes to his approach at the plate. He swings at everything. Two years ago, he had a walk rate that was in the bottom 1 percent of the league. Only two players swung more often than him last season, and no one swung at more pitches outside the strike zone. Despite that, his strikeout rate of 13.8 percent was the 116th-lowest of 135 qualified hitters.

Pillar is extremely pull-happy, too. When he put the ball in play — which was a lot, as we just mentioned — he pulled the ball 48 percent of the time (14th among qualified hitters). That should play well at Fenway with the Green Monster looming in left. And speaking of the ballpark, Pillar could see a jump in his offensive numbers playing on Jersey Street. Oracle Park in San Francisco ranked 30th, 30th and 28th in park factors for runs, home runs and doubles last year. Fenway, meanwhile, ranked ninth, 21st and first in those same categories.

In a relatively limited sample size, Pillar has hit .362 on balls in play at Fenway, by far his best rate at any stadium he’s played at least 15 games.

From the “What it’s worth department,” Pillar has been a very durable player having missed no more than 18 games since 2015, and he also seems like a good enough dude. In his first and only season with the Giants, he won the Willie Mac Award, voted on by Giants players, coaches, staff and fans as the team’s most inspirational player.

We can say with a certain amount of confidence Pillar won’t be a superstar in 2020, and he doesn’t put the Red Sox on a World Series path alone. If he was that kind of player, he would have signed for more than a few million and it would have happened before Valentine’s Day. But don’t be surprised if the veteran outfielder is a valuable contributor to a group that’s still pretty talented … just not nearly as talented as it was a year ago. 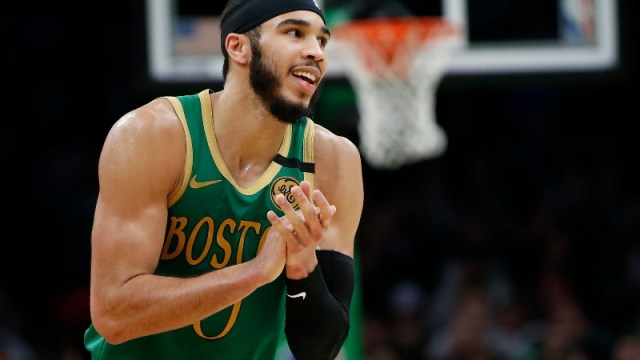 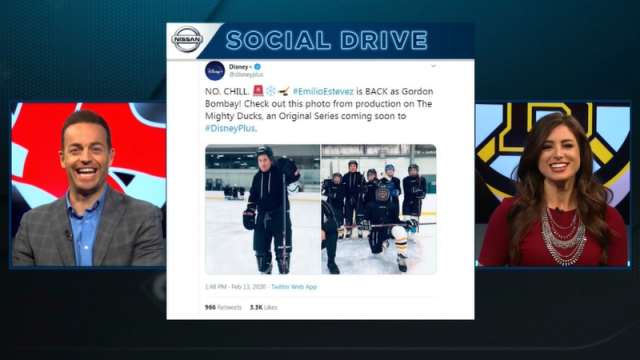