Jeff Darlington isn’t backing off his Tom Brady report. In fact, he’s ready to put his money where his reporting is.

The ESPN reporter made headlines Thursday morning with his comments about the New England Patriots quarterback who is about to enter free agency for the first time in his NFL career.

Brady, Darlington reported Thursday, fully intends to test the waters and is likely to leave Foxboro for a new franchise. In fact, Darlington said on ESPN’s “Get Up” he’d be “stunned” if Brady was back with the Patriots for the 2020 season.

Darlington made another media appearance Friday, this one on “The Dan Patrick Show,” where he added a little more oomph to his report.

“I’m pretty dialed into the Tom Brady world and all things there and have my contacts within that world. Certainly, when I’m saying something, I’m not saying it light-hearted or a rumor I heard at the combine,” he said.

The ESPN insider also revealed he has a bet with ESPN’s Dan Le Batard, where apparently Le Batard will get to tase Darlington if Brady returns to Foxboro. Additionally, Darlington also struck a deal with Patrick and his crew. Patrick facilitated a friendly wager between Darlington and one of Patrick’s sidekicks, Paul Pabst. If Brady returns to the Patriots, Darlington is on the hook for a $500 donation to the V Foundation. If Brady bolts, then Pabst has to cut the check.

Darlington also handicapped the field for Brady with the usual suspects.

“I’m gonna sound really lame, there is not — look, I’ll say there are four teams right now that are interested in Tom: the Titans, the Raiders, the Chargers, OK, I’m also gonna tell you that yesterday you mocked the idea of the Bucs. Don’t discount the Bucs,” Darlington said.

“That is not a report … I am just saying,” he quickly cautioned.

See the full segment below. 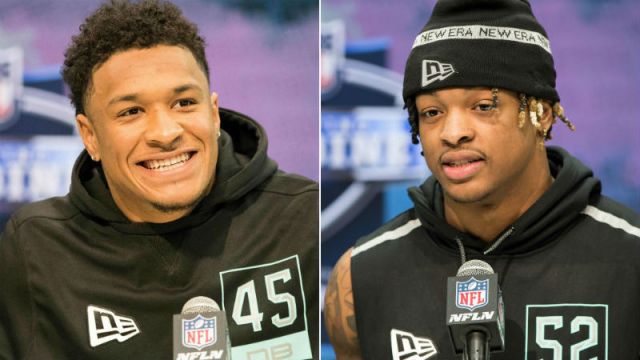 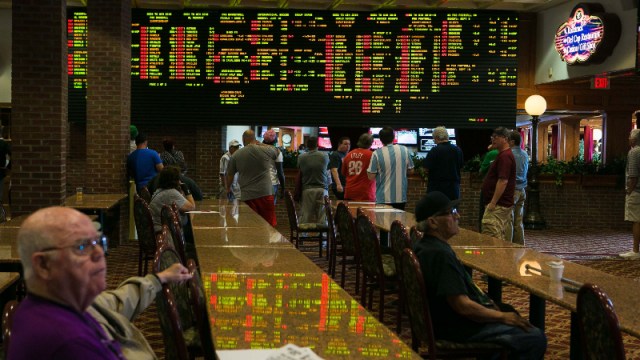