INDIANAPOLIS — Football coaches love to compliment players by saying they’ll do anything to help the team win.

Like the time in 2018 when his Wildcats were 7-1 on the season and trailing Missouri 14-3 on the road at Faurot Field. Kentucky’s defense had forced a three-and-out with just over five minutes left in the game. Bowden knew he could help, so he volunteered to return the punt. Kentucky co-offensive coordinator Darin Hinshaw couldn’t recall Bowden previously fielding a punt, even in practice. The then-wide receiver took it to the house for a 67-yard touchdown return.

“I ain?t ask (head coach Mark Stoops),” Bowden said at the NFL Scouting Combine. “I told him I was going back there.

Kentucky wound up winning 15-14 on a last-second score.

A few weeks later, he returned another punt for a touchdown in UK’s bowl win over Penn State and ended up leading the NCAA in punt return touchdowns — on just five attempts.

The most famous example of Bowden’s selflessness came during the 2019 season when the Wildcats weren’t just bitten by the injury bug, they were ravaged by it. It was an infestation.

Kentucky’s starting quarterback, Terry Wilson, tore his patellar tendon in Week 2 and was declared out for the season. His backup, Sawyer Smith, struggled as he tried to play through a broken wrist and separated shoulder. The Wildcats’ third-stringer, Nik Scalzo, tore his ACL before the season even began in training camp.

So, with Kentucky laboring against South Carolina in their fifth game of the season, Bowden was inserted at quarterback on the final drive. He drove the team down the field for their only touchdown.

“I was just tired of losing, so I told coach during the South Carolina game, just give me a shot,” Bowden said. “And he did.?

Bowden played the position in high school and received wildcat snaps early in his college career, but he was mostly a full-time receiver through the first two years of his college career. Kentucky had a bye week before its next game against Arkansas and decided to roll with Bowden at quarterback. He went 6-2 as a starter and won the 2019 Paul Hornung Award for the nation’s most versatile player.

Unsurprisingly, one scout told NESN.com that Bowden is the toughest, most competitive player in the draft. Bowden proved as much by being fully on-board with playing QB despite the fact that his future in the NFL is definitely not at that position.

?I just wanted to win, for real,” Bowden said. “We had the better chance at us winning with me at quarterback, so that?s what I wanted to do.?

Bowden went just 35-of-74 for 403 yards with three touchdowns and three interceptions as a passer. But he also ran 185 times for 1,468 yards with 13 rushing touchdowns on the ground. He led the nation in yards per carry and the SEC in rushing yards.

“The team knew how good of an athlete he was, they just didn’t know how good he would be all the time at quarterback,” Hinshaw told NESN. “They’ve seen him make plays and do some crazy things just like in the bowl game in the Citrus Bowl, he returned a punt for a touchdown. He probably had seven different plays over 20 yards whether it was us flipping him the ball or a situation where he was at quarterback running the ball. They all knew he was explosive and what he could do. They just didn’t know if he could play quarterback.

“You could see after that Arkansas game that he thanked the team for playing hard behind him, and he said, ‘We’re going to take this thing to another level.’ And he was right. The team rallied around him tremendously. We were 1 yard away from beating Tennessee. The Georgia game was — Georgia’s good, and the bottom line is it was a monsoon, and we were just a little bit short against Georgia. We were tied there midway through the third quarter. The Georgia game was the biggest game where I thought he was so explosive against a defense that really shut everyone down.”

It helped that Bowden put the time in to learn the entire offense.

“I knew the whole playbook from outside receiver to inside receiver from the linemen, tight end, running back and quarterback,” Bowden said. “It wasn?t really hard. They just put extra stuff in there because they knew nobody could stop me. You tell me. They?re stacking nine in the box every game, and we?re going for almost 500 yards a game.”

And by willingly moving to quarterback, Bowden might have helped his overall NFL draft stock. Teams are craving creativity. They saw the value in the Baltimore Ravens and New Orleans Saints running option concepts with Lamar Jackson and Taysom Hill at quarterback. Bowden isn’t the same type of passer as Jackson and Hill, but he has similar athleticism and play-making ability.

So, could he play a situational role at quarterback in the NFL?

“Yes, for sure,” Hinshaw concurred. “There’s no doubt.”

“Yeah, why not?” Bowden asked.

And teams have shown interest in Bowden playing behind center. While he’ll likely primarily be a slot receiver, he can also carry the ball with the best of them. He can run a read-option, and he can throw the ball.

Bowden’s passing had been criticized during the 2019 season. But it was Bowden’s arm, not his legs, that clinched Kentucky’s Belk Bowl win over Virginia Tech last season. Bowden completed a 13-year touchdown pass to Kentucky wide receiver Josh Ali for the go-ahead score in the Wildcats’ 37-30 win.

“We’re down by 6, and it’s the last drive,” Hinshaw said. “I’m talking to him on the phone before we’re about to start an eight-minute drive which he wound up throwing the game-winning touchdown with 15 seconds to go. But he said on the phone, ‘Coach, put the team on my shoulders. I’ll get it in the end zone. But put it on my shoulders. Put it on me.’ I think he ran (or threw) the ball 15 times of the 18 snaps that we ran on that drive. And then he threw the winning touchdown, which just shows you what kind of moxie he has.”

Before the game, Bowden swung at a Virginia Tech player during warmups. It’s been the question NFL teams have pressed him on the most at the combine.

The Patriots have shown more of a willingness to rely on trick plays in recent years, even if it means taking the ball out of quarterback Tom Brady’s hands. Brady’s future is up in the air for the 2020 season as the legendary QB awaits free agency. Whether or not Brady returns, the Patriots could use a versatile chess piece like Bowden who can add some option looks into the offense.

“I want to do everything I can,” Bowden said. “If I?m fortunate to get there, I want to play everything. I ain?t trying to be a basic guy. I?m trying to be that guy. I want to be a superstar at every position I can.”

The question is whether the Patriots would be willing to take on his swagger. His play on the field could trump any concerns.

Bowden won’t run the 40-yard dash at the combine because of a hamstring injury suffered days before the event. He said he’d be willing to work out at any position in front of scouts.

“I?ll work out at D-lineman if they want,” Bowden said. 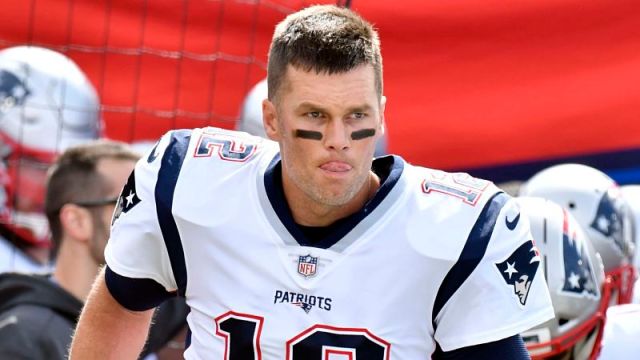 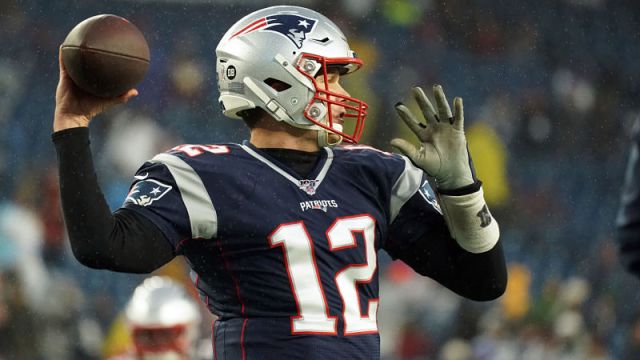