Jay Williams has high expectations for the Boston Celtics and their budding superstar.

Williams on Thursday was tasked with making a bold prediction for the second half of the season in the Eastern Conference. The former NBA guard zeroed in on the C’s, who he believes will make a deep postseason run largely on the back of Jayson Tatum.

“The Celtics are gonna make the Eastern Conference finals and they’re gonna be led by Jayson Tatum,” Williams said on ESPN’s “Get Up.” “I think he’s gonna average 25 points (per game) to get there. In his last game he had 39 points, and one of the things I love about the way he’s playing this year, he’s way more efficient with his style. He’s taking threes off spot-up Js, he’s taking drives to the rim and he’s taking tough twos at the end of shot clocks when he needs to.”

While Giannis Antetokounmpo and the Milwaukee Bucks undoubtedly are the favorites to represent the East in this summer’s NBA Finals, the rest of the conference is fairly wide open. There’s really no reason to believe Boston can’t through the likes of the Toronto Raptors, Philadelphia 76ers and Miami Heat, especially if its young duo of Tatum and Jaylen Brown continues developing at a rapid rate. The Celtics seemingly battled the injury bug throughout the first half of the campaign, and they could become a force to be reckoned with once consistently at full health.

Boston will play its first game post-All-Star break Friday when it visits the Minnesota Timberwolves. 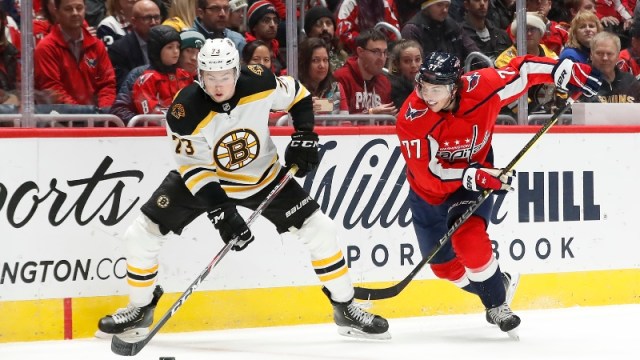