Here's Who Tua Tagovailoa Would Play For If He Could Choose His Team - NESN.com Skip to content

There’s a chance Tua Tagovailoa will slip in the 2020 NFL Draft, but probably not far enough to land him in his ideal situation.

A dislocated hip and posterior wall fracture ended Tagovailoa’s final season at Alabama in mid-November. While 2019 Heisman Trophy winner Joe Burrow all but certainly will be the first quarterback off the board in late April, there’s a good chance Tagovailoa will be the second signal-caller selected despite the serious injury.

As such, the odds of the 21-year-old’s dream scenario coming to fruition probably are slim.

“If you’re saying to me if I could choose what team I want to play on, as far as my favorite team growing up, I’d probably tell you the Cowboys,” Tagovailoa told NFL Network’s Steve Wyche. “But, I mean, they’re so far down.”

Wyche jokingly replied by asking Tagovailoa if he was trying to bump Dak Prescott under center in Dallas. Tagovailoa quickly put that idea to rest and expressed his mindset as he gets set to enter his rookie campaign.

“Nah, I’m not trying to bump him,” Tagovailoa said. I’ll learn under him.”

The Dolphins, who own the No. 5 pick, appear to be the likeliest destination for Tagovailoa. Miami is in need of a franchise quarterback and also isn’t in win-now mode. The Fins, who are flush with salary cap space heading into g, can coincide their roster bolstering with Tagovailoa’s rehab and potentially be a playoff contender a few years from now. 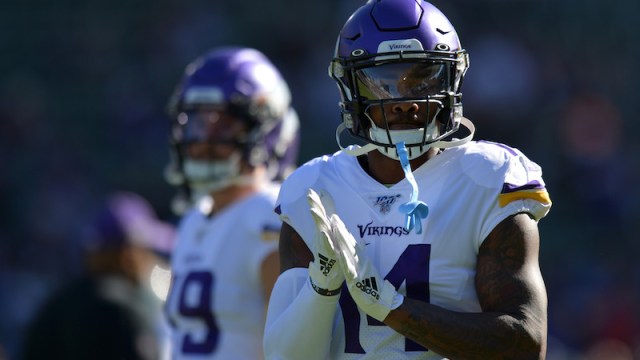 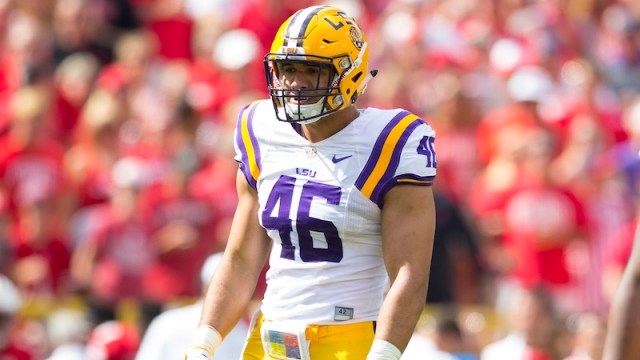