BOSTON — Jeremy Lauzon got himself into a little hot water Saturday afternoon.

With 2:33 left in the first period of the Boston Bruins’ 4-2 win over the Arizona Coyotes, Lauzon was whistled for high-sticking. Upon releasing from the penalty box, Charlie Coyle had just gained possession and hit Lauzon with a pass at the offensive blue line, effectively giving the defenseman a breakaway.

Lauzon’s shot attempt missed the net and the puck zipped around to the half boards, where Derek Stepan was waiting to collect it. Lauzon had been following his shot, so he ended up checking Stepan along the boards.

(You can watch the hit here.)

After a brief review, the officials decided it was an illegal check to the head, slapping Lauzon with a five-minute major and game misconduct.

Lauzon did end up speaking to the media following the game. Here’s the full transcript from the roughly one minute he spoke.

Q: What was your view of the play?

A: Right there I just had the opportunity to finish my check and that’s what I did.

Q: Did you feel like you got his head with the follow-through or any part of the hit?

A: Like I said, I went there and I tried to finish my check. I’m a player with a little bit of edge and when I have the opportunity to finish a check, I finish it. I haven’t seen the hit, so.

Q: Were you surprised when you were called for a match penalty?

A: It’s not my place to say anything about the ref’s calls. I didn’t really know what was happening at the time. Like I said I just went there, shot off net and tried to finish a check.

It’s unclear if Lauzon will receive any supplemental discipline. Saturday was only his 23rd career NHL game, and he doesn’t have a history that would constitute him as a repeat offender by the league.

The department of player safety will take a look at the hit to determine if any further discipline is needed. What they decide from there obviously is up to them, but Bruins head coach Bruce Cassidy, if nothing else, didn’t agree with the match penalty call.

“Listen, I didn?t think it was a match penalty, personally,” Cassidy said. “I don?t know the exact factors of, OK, hit to the head? Is it unsuspecting? Injury? That?s the only discussion I had with the official. He was adamant that the player was out. I was like well, OK, he got hurt but he?s in the game. He?s not out, out. There was a bit of a difference of opinion on that. At the end of the day, that?s what they called. I thought there was a very, very, very similar hit on (Charlie) McAvoy right after that that went a different direction. Again, that?ll be up to them now, the league. I think they tend to look at those after the fact and we?ll see what happens.

“They?re going to look at (Lauzon’s hit),” Cassidy later said. “Listen, I don?t even know if it?s an automatic suspension, I assume it?s a review. I don?t believe last year when he was up he had any issues with the league. I guess we?ll see down the road. That would be my only concern, if there?s a suspension. Obviously he?s played well for us. That would be unfortunate.”

The Bruins will face the Detroit Red Wings on Sunday at 12:30 p.m. ET. 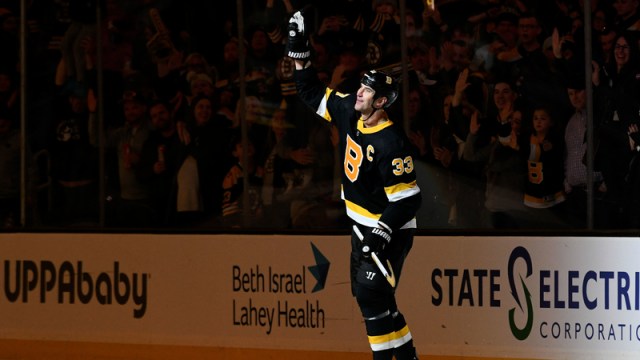 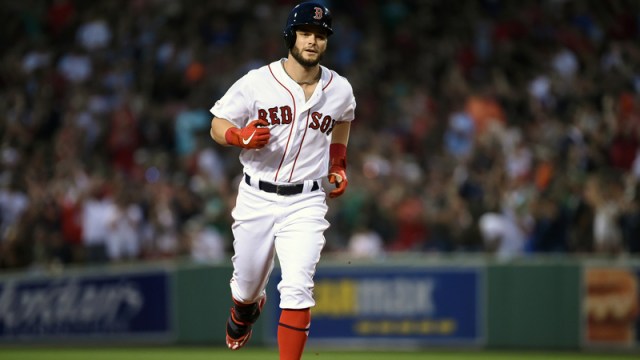