Kemba Walker played 29 minutes and 10 seconds in the 2020 NBA All-Star Game. He has yet to play basketball since, and that’s beginning to become a problem for the Boston Celtics.

Walker has been ruled out of the Celtics’ game in Portland on Tuesday night with a lingering knee injury, the third consecutive game he’ll miss since the All-Star break. He hasn’t played in a game that wasn’t a glorified exhibition since Feb. 13, and while there doesn’t seem to be long-term concern about the knee issue, it’s also unclear when he’ll be back and playing on a regular basis.

Despite that knee problem, which has limited Walker at times — he already has missed 10 games — the first-year Celtic went to Chicago and was a full participant in the All-Star Game. Only Giannis Antetokounmpo and Ben Simmons played more in that game, and Walker was on the court late, logging hard minutes down the stretch.

Clearly, that has had some lingering effect on the 29-year-old. Walker himself has refuted that notion, but Celtics coach Brad Stevens seemed to give it a whole lot of credence Tuesday during an interview with “Zolak and Bertrand” on 98.5 The Sports Hub.

“If our medical staff and/or Kemba would have thought that there was any way he would have come back with more soreness and more swelling, he would haven’t played, he wouldn’t have chosen to play. He’s not going to do that,” Stevens said.

Let’s just stop right there real quick. So, as Stevens said, Walker wouldn’t have even played if his knee was bothering him. So, OK, fine, the knee wasn’t bothering him when he went to Chicago. Now, we’re three games out of the All-Star break, and Walker’s return is TBD. When he went to Chicago, he was fine. He “(came) back with more soreness and swelling,” Stevens said right there. It’s hard to buy Walker’s insistence the two aren’t related.

“I think it was an unfortunate deal that the swelling happen, that was kind of the difference in how his knee presented vs. how it presented in the past,” Stevens continued. “It was pretty significant. He got it drained and got an injection there. We knew he was going to be out a little bit here, but now, what we’ve tried to do is say what’s the best say ‘OK, what’s the best way so we’re not playing the back-and-forth game?’ So we can have him feeling great and, you’re not in a day-by-day ‘How’s he feeling today? How’s it going to present tomorrow?'”

So, not only does it sound like the All-Star Game made Walker’s knee worse, but it also feels like it could still be a while before Walker is back with his (actual) teammates. Honestly, that’s probably the smart move. The Celtics aren’t going anywhere this spring without Walker, but if they’re taking it cautiously with him now, they should have done the same and just ruled out the All-Star Game regardless.

It’s second-guessing, to an extent, but Walker is a superstar on a max contract with a lingering knee issue playing for an NBA title contender, and that’s the type of player you shouldn’t even put in a position where second-guessing can become a thing.

Stevens did say Walker has undergone regular testing and scans on the knee, and there’s still no structural damage. So, it’s not like the season is lost. Now, Walker is focusing on just trying to recover fully while his team goes through a pretty daunting part of its schedule.

“He’s focused in the last three days on really strengthening,” Stevens told The Sports Hub. “He’s been in the different workout rooms and weight rooms we’ve been in and so that will be the emphasis again today, and we’ll see where we go from there. My goal would be to hopefully when he comes back we don’t have to play the back-and-forth game as much.”

The All-Star Game probably isn’t the main reason Walker’s knee is bugging him again, but it obviously didn’t help. 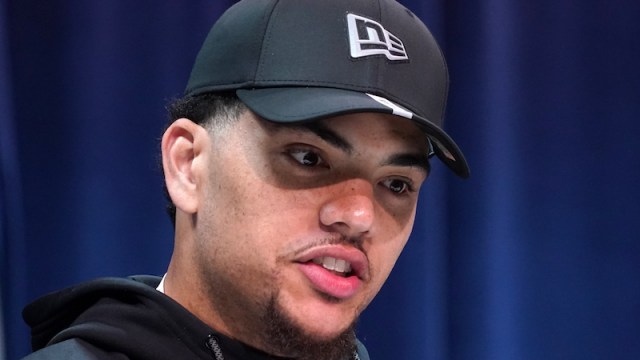 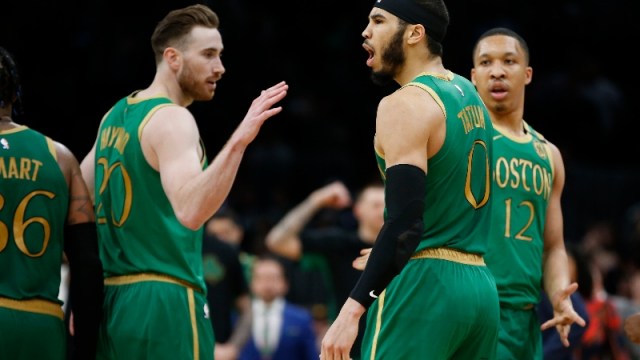