Reasons why the Celtics failed to acquire the Washington Wizards forward emerged in reports Sports Illustrated’s Chris Mannix and The Boston Globe’s Adam Himmelsbach shared immediately after Thursday’s 3 p.m. ET NBA trade deadline had passed. The Celtics reportedly had targeted Bertans in recent weeks, but Washington’s determination to re-sign him in free agency was insurmountable, according to Mannix.

Boston made several strong offers to Washington for Davis Bertans, but the Wizards wouldn?t budge. Washington remains committed to re-signing Bertans this summer as a stretch-four opposite John Wall and Bradley Beal.

The Celtics will have up to three picks in the first round of the 2020 NBA Draft but they weren’t willing to swap them for a player they’d expect to make a limited impact, Himmelsbach reported, citing an NBA source.

According to a league source, the Wizards weren't looking to part with Bertans, even for two first-round picks. And the Celtics would have been reluctant to pay that price for an unrestricted free agent who would become their 7th man anyway.

With reaction to the Celtics’ NBA trade-deadline inactivity mixed, Boston president of basketball operations Danny Ainge has explained standing pat through the risk-and-reward prism. The reported breakdowns in the Bertans talks represents a fitting illustration of Ainge’s point. 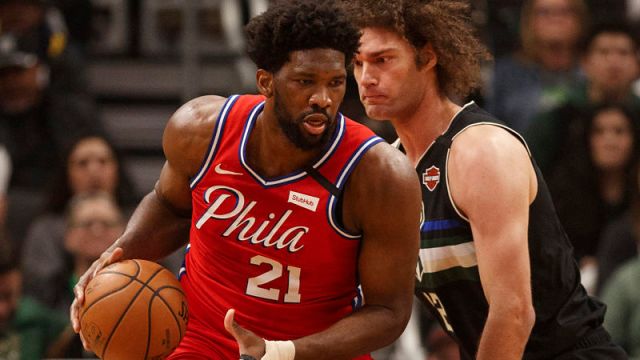