The wait for Chris Kreider continues, and the market for him is coming increasingly into focus.

With the New York Rangers fading out of the playoff picture, it seems more and more likely they’ll trade Kreider, a veteran winger who easily is the top forward on the market.

The Boston Bruins are one of the teams that have been linked to Kreider for some time, and it appears they remain firmly in the mix.

“The door is still open in terms of negotiations with (the Rangers), Chris Kreider and his agent, Matt Keator, the dialogue has continued, but I also think at this point it’s a little more likely that he’s going to be traded than signed, but both options are still very much on the table,” McKenzie said. “We believe there are at least five teams that are legitimately interested to varying degrees on Chris Kreider. That would include the Boston Bruins, the Colorado Avalanche, the New York Islanders believe it or not — I’m not sure what the deal would have to look like for Chris Kreider to end up with the Islanders, but nevertheless they are a team that apparently has spoken (to New York) — along with St. Louis and Washington Capitals. St. Louis maybe not as much as before after they made the Marco Scandella trade. …

“Right now, the Rangers expect to get a first-round pick, a good prospect as well as a third piece, which could be a player, a lesser pick or a lesser prospect, and possibly a conditional pick if the team that acquires Kreider ends up signing him to a long-term deal. In an ideal world, this goes right down to the deadline on Monday. If the Rangers can get an auction situation going with these teams bidding against each other, but if they can’t obviously they’re going to assess the situation, look at what it would cost to re-sign him, what they’ve got coming through the door if they trade him, and pull the trigger one way or the other probably closer to Monday than now”

The trade deadline is set for 3 p.m. ET on Monday. 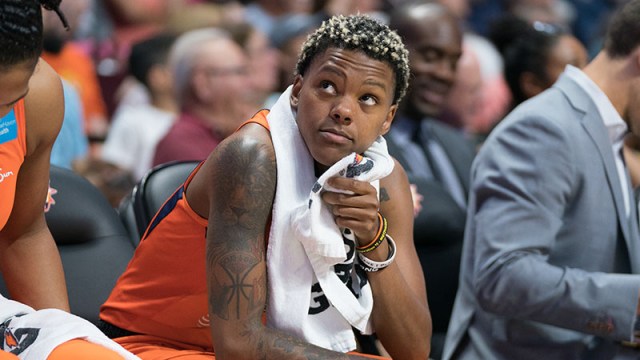 NFL Gets Ripped On Twitter For Proposed Changes To Playoff Structure