What exactly is the league waiting for? Do they think some other information will be handed over? Will it be announced on Valentine’s Day?

It’s a little strange that the league is taking its sweet time. It should be open and shut, right? The incident happened. The Patriots admitted to it. All the NFL has to do is decide intent. It shouldn’t be this hard.

While we wait, let’s get into this week’s mailbag.

@NuJeru4Life
If it were up to you to decide. Based on the salary cap and other scenarios, which veteran TE would you go after during free agency, and which rookie realistically could the patriots potentially go after in the draft and get?
I wonder and worry how much players like Hunter Henry and Austin Hooper will cost in free agency. I’m not convinced they’ll be worth the investment.

So, I might go for a lower-cost option like Greg Olsen or Tyler Eifert while also filling out the position in the draft by selecting someone like Notre Dame’s Cole Kmet, Dayton’s Adam Trautman, Vanderbilt’s Jared Pinkney or LSU’s Thad Moss.

The Patriots definitely need at least two tight ends this offseason to replenish the position.

The Patriots didn’t do enough to plan for or react to Rob Gronkowski’s retirement over the last few years.

@gospeedy012
Who could be a shocking trade candidate similar to Richard Seymour or Logan Manikins?
If I can predict it, would it be a shock?

To be truly shocking, it would have to be someone like James White, Julian Edelman, Shaq Mason or something. And I obviously don’t see any of those happening.

So, I guess this is a long way of saying I don’t know. I’m sorry I couldn’t be more helpful, Go Speedy.

@OFFICIAL_TRUCK
are the patriots going to trade for Stafford?
Probably not, but it feels like anything is on the table for the Patriots at quarterback right now.

So, if the Patriots can’t retain Tom Brady, and if the Detroit Lions love Tua Tagovailoa and take him third overall, then could New England acquire Matthew Stafford? I guess. It sounds like the Lions don’t want to trade him, so the topic might be moot. But Stafford is probably a better choice than trading for or signing someone like Derek Carr, Andy Dalton, Marcus Mariota, Taysom Hill or Cam Newton.

I think Stafford is a pretty good quarterback. He was having his best statistical season before getting injured last year.

@MarkJohnBennett
Is Drew Lock the guy in Denver for sure? Only asking because the “Brady to Denver” stories seem to have started.
I thought Lock looked pretty good last year, but that’s coming from someone who has him on their dynasty league fantasy team.

I don’t necessarily think a second-round pick with five starts and seven touchdown passes under his belt is a lock to be “the guy,” however.

I personally think sticking with Lock is probably the right move for Denver. But if the Broncos believe Brady could win them a Super Bowl, then letting Lock sit for a year or two wouldn’t be disastrous by any means.

@ejlinehan
Great article on Caserio. As you were writing it over the last two months, were you expecting it to be a goodbye piece as Nick C. had interest from other teams for a GM role? #MailDoug
Thanks, EJ!

Not necessarily. Here’s the piece if you haven’t got a chance to read it yet.

Since Nick Caserio’s contract was running out after the 2020 NFL Draft, it was apparent something was going to happen. Caserio was either going to sign a contract extension — which is what happened — or stay with the team through the draft and then leave for another opportunity.

I originally wrote it with the message that the Patriots should do everything in their power to keep Caserio since he’s so important to the team’s success. Once I found out Caserio was signing a contract extension, then I simply had to rework some elements of the story.

The piece was going to run on Thursday morning regardless. So, the timing certainly worked out well.

That doesn’t look bad, right? I guess that depends on the quality of the veteran receiver, but I could see the Patriots making a splash move there.

@DLPatsThoughts
Are we sure the Pats didn?t extend Caserio to play quarterback?
I’ve wondered if the Patriots could win a game with Caserio at quarterback. I honestly think they could.

@Bobwxly2
What is the fastest land mammal?
A dog after they put something they weren’t supposed to in their mouth.

@DONOTIS11
Why do you never use my questions?
Don’t worry. It’s just personal.

@TylerdaRosa42
How?s your day going?
I’m very tired because I brought my daughter to the trampoline park and jumped and wore myself out.

And now she won’t nap.

But it’s been a good day.

I won’t punch the seat like that guy did in Thursday’s viral video. But if I have no room, then I might rest my knees against the seat in front of me in a passive-aggressive manner.

@PORTEREDGE
Rumor has it you were a subpar seller at Yankee Sucks©? any truth to this ?
This might be the greatest question in #MailDoug history. I can’t say I ever imagined Mark Porter of Floorpunch would submit a question.

It is true that I sold Sweet Ink shirts outside of Fenway Park in my youth. I was OK at it. There were some lean days when I posted up down by Jillian’s, though. 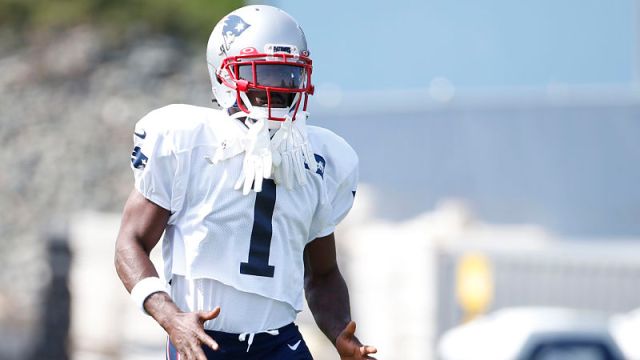