INDIANAPOLIS — The New England Patriots have a plethora of talented players set to hit free agency in less than three weeks and limited cap room to re-sign them all.

So, expect turnover on the Patriots’ roster next season.

— We’ve been hearing since last year’s combine that it’s unlikely left guard Joe Thuney will be back in 2020. He’s expected to be the highest-paid guard on the open market, and the Patriots just re-signed right guard Shaq Mason two years ago.

It would be shocking if the Patriots poured that many resources into the guard position.

One candidate to replace Thuney is 2019 fourth-round pick Hjalte Froholdt, who is fully healthy after spending his rookie season on injured reserve. Hopes are high for Froholdt despite his lost rookie season.

— Center Ted Karras also is unlikely to return to the Patriots. He’s expected to generate strong interest as one of the top centers on the open market.

— The Patriots and Devin McCourty recently have been in contact, per a source. If the Patriots can’t reach a deal with McCourty, then the predictable names — like the Miami Dolphins, Detroit Lions and New York Giants — are expected to be among those competing for his services.

— With a base salary of just $2.65 million, a roster bonus of $1.1 million and a workout bonus of $50,000, cornerback Jason McCourty is still a bargain in 2020. It wouldn’t be surprising if the Patriots wound up exercising his option by March 18.

— The Patriots have been in contact with linebacker Jamie Collins’ camp, per a source. Collins will attract interest on the open market, but talks are expected to pick up once a CBA is agreed upon between the NFL Players Association and team owners.

— Backup quarterback Jarrett Stidham is working out in California with former NFL quarterback Jordan Palmer. The Patriots think highly of Stidham after he had a strong preseason and training camp prior to his rookie season.

That’s notable since Brady is a free agent.

— Opinions on Brady’s future are all over the place. Some reporters are now saying it’s unlikely he returns to the Patriots, though many people we’ve talked to at the combine are still skeptical he’ll leave.

The best, and most basic, question we heard was, “Why would he leave?”

It’s a good one without a concrete answer.

— Defensive tackle Adam Butler is a restricted free agent. The thinking is another team could sign him to an offer sheet if he’s offered an original-round (undrafted) tender. Offering Butler a second-round tender would all but lock him up for the 2020 season.

— It would be surprising if the Patriots gave guard Jermaine Eluemunor anything more than an original-round (fifth-round) tender. The Patriots traded a fourth-round pick to the Baltimore Ravens for Eluemunor and a sixth-round pick. Eluemunor barely played in 2019. 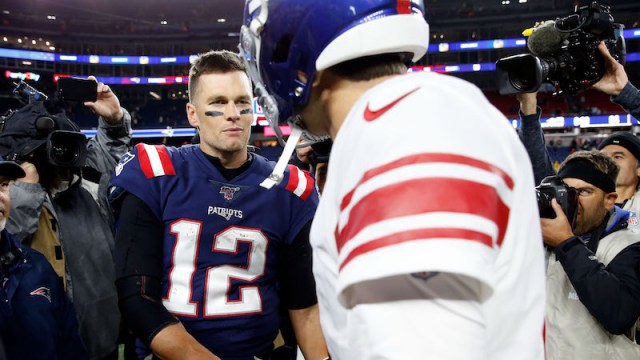 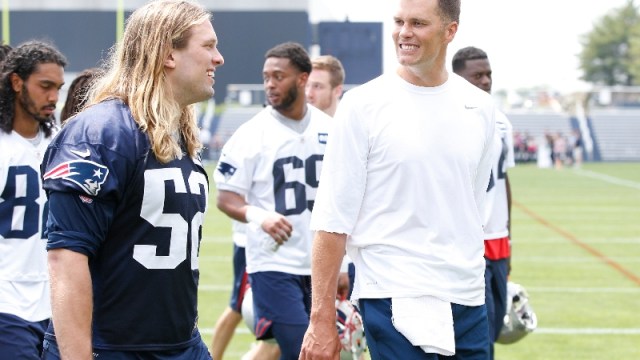