And while the list is not yet complete (still missing No. 1 through No. 25), we can take a look a those included, each of whom had a valuable impact for the 2019 Patriots, who topped the AFC East before being eliminated in the wild-card round.

Edge defender Van Noy is the highest-ranked Patriot thus far as he claimed the No. 59 spot.

“Kyle Van Noy put together a career year for the New England Patriots on the edge this season,” PFF wrote. “His overall PFF grade of 84.2 was the highest of his career by almost 15 grading points, and the 60 total pressures he recorded over the entire season was 13 more than his previous career-high. Van Noy became a true impact pass-rusher and had 122 more pass-rush attempts than any other season of his career, making the most of those opportunities and proving he can be a high-level pass-rusher as he closes in on his 30th birthday.”

McCourty was next, coming in at No. 84 after another high-level season for the NFL’s best defense.

“There are few players as metronomically consistent as Patriots safety Devin McCourty,” PFF wrote. “This represents the eighth time he has appeared on the Top 101, and only Drew Brees has appeared on the list more times since we have been running it. McCourty earned a PFF coverage grade of 88.3 over the course of the season, including the playoffs, and he tallied five interceptions as well as two pass breakups. He also added a pair of forced fumbles and was once again one of the Pats’ most reliable defenders, even if the team’s 2019 defense was one of the best they have ever fielded.”

A mainstay on the offensive line, New England’s starting guard Thuney claimed the No. 91 spot to round out the three selections.

“The Patriots’ offensive line took a major step back this season, but one player who went in the other direction was left guard Joe Thuney, who built on a couple of solid seasons to post the best overall PFF grade of his career,” PFF wrote. “Thuney narrowly missed out on topping the 80.0 threshold in terms of overall grade and had the best single-game of his season in the playoffs as the team fell to the Titans in the wild-card round. Thuney was excellent as a pass blocker, allowing just one sack all season, his only one over the past two seasons combined.”

The Patriots should surely see at least one more representative in the Top-25 with the Associated Press Defensive Player of the Year Stephon Gilmore. We’ll have to wait and see just where the team’s No. 1 corner finishes. 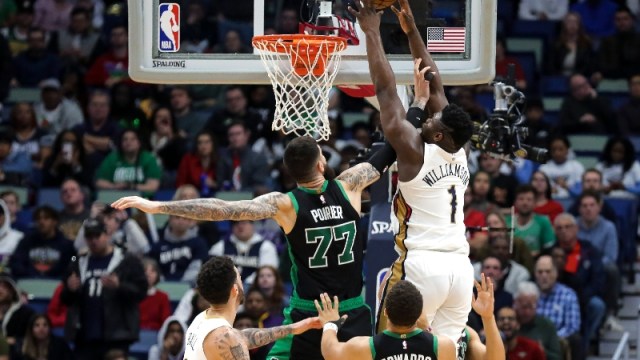 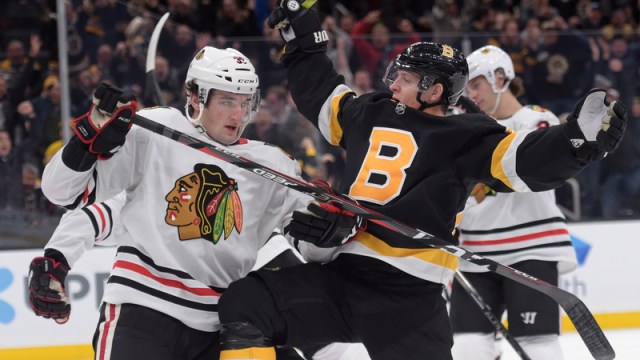