NFL owners on Thursday approved a proposal for the league’s new collective bargaining agreement. The onus now falls on the NFL Players Association to either accept the proposal or reject it when its members gather in New York on Friday.

The full CBA proposal has not been made public, but the NFLPA distributed a summary “fact sheet” to players Thursday night. Sports attorney Darren Heitner shared that outline on Twitter.

The NFLPA has sent all players a fact sheet that covers the highlights on the current proposal for a new Collective Bargaining Agreement. A lot to go through here.. pic.twitter.com/tzOhyLOmhY

The entire summary is worth a read, but here were a few items that stood out to us:

— In any season that includes 17 regular-season games — a change that wouldn’t take place until 2021 at the earliest — the value of each player’s 17th game check would be capped at $250,000 — far less than many players currently earn each week.

According to NFL Media’s Tom Pelissero, this cap only would apply to players whose contracts were “negotiated before the 17th game is instituted,” but it still would result in stars playing one game per year at a discounted rate.

Notable point many seem to be missing: This applies only to contracts negotiated before the 17th game is instituted, which is likely years away, so it'd ultimately impact a fraction of players. One small piece of an enormous CBA the 32 player reps will discuss tomorrow. https://t.co/ba2ak3RA02

— Training camp would be scaled back, with new limits on padded practices, time spent at the facility, consecutive practice days and joint practices. Camps also would begin with a five-day “acclimation period.”

— Each team would be able to activate one additional offensive lineman on gamedays. The extra O-lineman reportedly would operate under the old third quarterback rules, meaning if he enters a game, the player he replaces would be ineligible to return.

— Practice squads would be increased from 10 players to 12 (and eventually to 14), with each team having two slots available for players with unlimited NFL experience. Currently, a player cannot be signed to a practice squad if he has more than two accrued NFL seasons. In theory, this change would allow veterans who are unable to find a spot on a 53-man roster to stick around the league.

— Various changes to each player’s benefits package, including the addition of vision coverage to NFL healthcare plans. (Vision coverage? That wasn’t in there already?)

— Drug testing rules would become more lenient toward marijuana. Players only could be tested for THC within a two-week window at the start of training camp (the current window is four months); players could no longer be suspended “strictly for positive tests”; and the number of players subjected to testing would decrease.

— The fact sheet makes no mention of an expanded 14-team playoff format, which reportedly is part of this proposed CBA.

Again, this is only a proposal at this point. It remains to be seen whether players will vote to ratify it. Early returns, however, don’t look promising.

Hard no on that proposed CBA. 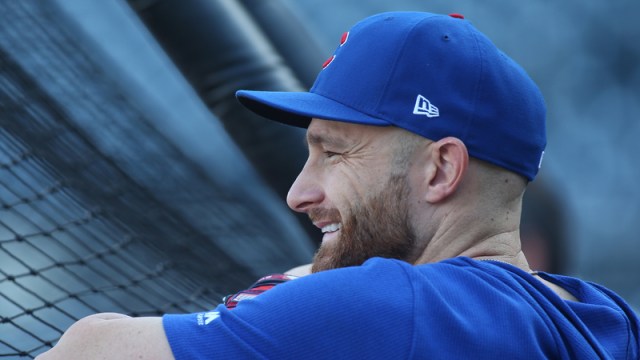 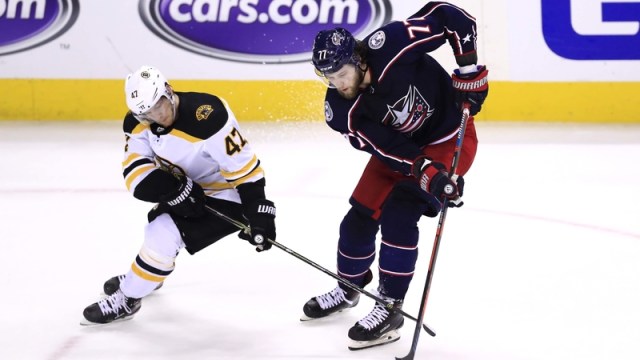 Should Bruins Pursue Josh Anderson Trade With Blue Jackets Ahead Of Deadline?