The debate over whether the Patriots made the right call to trade Jimmy Garoppolo predictably resurfaced during the lead-up to Super Bowl LIV.

While there’s still no definite right or wrong to that dispute, one side of the argument looked a bit stronger Sunday night.

Garoppolo was fair at best in the San Francisco 49ers’ Super Bowl LIV loss to the Kansas City Chiefs. The 28-year-old completed 20 of 31 passes for 219 yards with one touchdown and two interceptions and was pretty shaky down the stretch as the Chiefs staged their comeback.

Skip Bayless, unsurprisingly, is confident the 49ers would have come out on top had they had Tom Brady under center instead of Garoppolo, citing experience and a strong track record of decision-making in favor of the Patriots quarterback. But the “Undisputed” co-host’s Brady-over-Garoppolo take isn’t limited to just one game. Bayless believes San Francisco should cut ties with Jimmy G this offseason and bring on the six-time Super Bowl champion.

“I would cut him (Garoppolo), and I would sign Tom Brady for two more years because Tom Brady would live and love to go home,” Bayless said. “He would live for it because he started as a 49er fan in San Mateo, Calif. …He was a huge Joe Montana fan, so he could actually pull, in this scenario, a reverse Montana. Montana had to go finish in Kansas City and Tom could go finish at home.”

Bayless continued: “I would do that for two years and I would give you a better shot at them winning the next two Super Bowls with Tom Brady than Jimmy Garoppolo. There’s some haywire gene in Jimmy G. I call him ‘Jimmy Interception.’ He’s going to throw you a couple a game, maybe three a game, but as you say, you gotta catch them. You gotta be ready because they’re gonna come unpredictably quickly and he’s got arm talent so he’ll throw some lasers. They’re going to be haywire lasers because you’re gonna get your hands on them before his receivers do. I don’t trust him. He’s capable of having a big, good game like he did in New Orleans, (but) he’s also capable of last night. That was horrendous, to me.

“Remember, Tom Brady went to Serra High School, right there in San Mateo. That’s where Barry Bonds went, that’s where Lynn Swann went. That’s where his heart is and his roots are. You don’t think he’d be inspired with this football team and the weapons they have? It’s perfect, it’s beautiful. It’s right on time.”

If the 49ers had Tom Brady last night they would've won that game. They have a better chance at winning a Super Bowl in the next 2 years with Brady than Jimmy G. More @Undisputed, now on FS1 https://t.co/HTuhpVNZ6P

There’s no denying Garoppolo, at best, kept his stock level at Hard Rock Stadium, but axing him in favor of a 42-year-old seems like a dramatic move. After all, the 2019 campaign was Garoppolo’s first full season as a starting quarterback, and there’s really no reason to believe he’s incapable of further development.

Brady, meanwhile, struggled for the majority of this past season, much of which has been tabbed to his lack of support. The surrounding cast in San Francisco might take hit this offseason, as the 49ers are set to see a number of noteworthy players hit free agency, including Emmanuel Sanders and a few members of their high-powered defense.

All things considered, the 49ers don’t seem like a realistic next step for Brady, even if he and the Patriots aren’t able to reach an agreement this offseason. The same can’t be said for the Los Angeles Chargers and Las Vegas Raiders, both of whom reportedly are expected to make a run at Brady should he hit free agency. 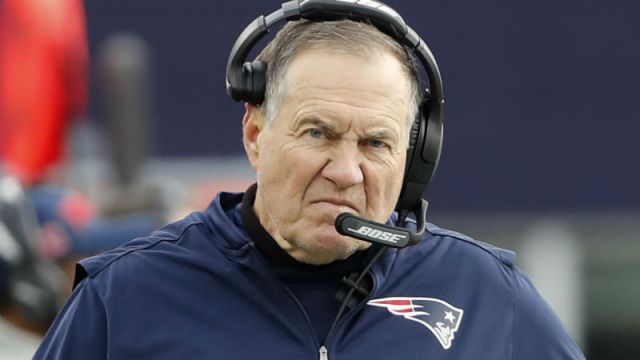 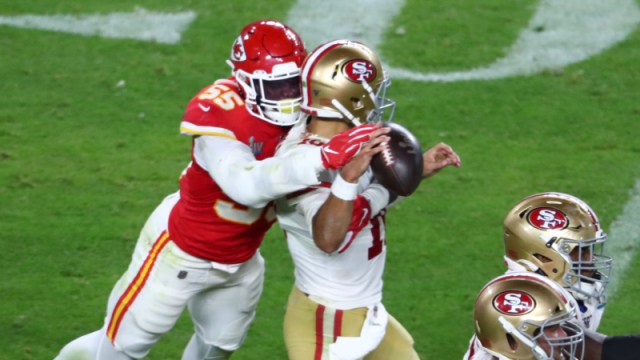 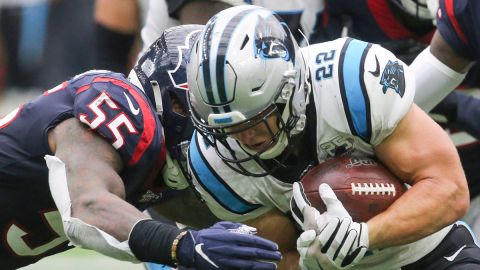