The New England Patriots didn’t just beef up their defensive line by signing Beau Allen in free agency Wednesday. They also added an interesting personality to their locker room.

Allen reportedly signed a two-year contract worth up to $8 million and effectively will replace fellow defensive tackle Danny Shelton, who left the Patriots to join the Detroit Lions.

He’ll arrive in New England after four seasons with the Philadelphia Eagles and two seasons with the Tampa Bay Buccaneers, which is interesting when you consider the former defeated the Patriots in Super Bowl LII and the latter reportedly landed Tom Brady on the open market.

Perhaps most interesting about Allen, however, is his smooth nickname: the Butter King.

The 28-year-old recently explained to former Eagles teammate Chris Long, who won a Super Bowl with the Patriots in 2016, where exactly that moniker came from.

Apparently, there’s another layer to the nickname, too. And yes, it involves actual butter.

“Well, that actually comes into it. Obviously, I’m a big butter guy,” Allen said when pressed by Long in a video published to Chalk Media’s YouTube page last month. “Growing up, I took a bite out of a stick of butter. I’m the ‘Butter King.’ ” 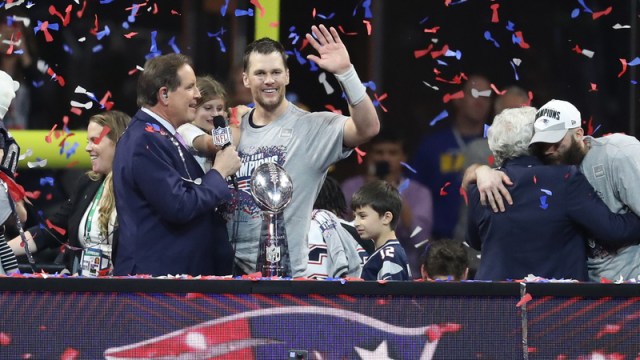 Chris Sale Injury: What Tommy John Surgery Means For Red Sox In 2020, Beyond