Torey Krug may have called game, but it wouldn’t have been possible if it weren’t for Jaroslav Halak.

The Bruins defenseman potted the game-winning overtime goal to lift Boston over the Florida Panthers 2-1 on Thursday night at BB&T Center.

But Halak made a huge stop on an Aleksander Barkov breakaway that kept the game going and allowed Krug to extend the Bruins’ win streak to four.

And when we say huge save, we certainly mean it.

“He’s one of the best in the league on breakaways,” Halak said after the game, as seen on NESN’s postgame coverage. “I just tried to stay with him and (try) not to make the first move. I don’t know who was backchecking on that one but (he) did a good job trying to get him and didn’t give him time to make any moves.”

The overtime period was filled with excitement. And head coach Bruce Cassidy knows anything can happen in the extra time and sometimes it’s just one big play that changes the entire outcome.

“… In general, there’s usually a shot, a save, a transition play. Sometimes there’s a line change situation,” Cassidy told NESN’s Jack Edwards and Andy Brickley. “At the end of the day, that’s just the way it goes in overtime and you hope you get the save at the right time, which we did on the Barkov breakaway. Then we were able to convert. We had a couple of good looks and finally one went in.”

Here are some other notes from Thursday’s Bruins-Panthers game:

— Brandon Carlo took an ugly Evgenii Dadonov elbow to the face in the second period. He was visibly shaken on the play and did not return to the game.

I would have liked to have seen the five (minute major), but at the end of the day we got the two (points) and that?s the way it goes,” he told Edwards and Brickley.

— Nick Ritchie dropped the gloves for the first time as a Bruin with Riley Stillman in the final five minutes of the first period.

“He’s beast,” Brad Marchand said, per The Athletic’s Joe McDonald. “He did a great job stepping up and great to see out of him. We’re going to need that, so it was great to see.”

As for Ritchie, he saw it as an opportunity to get the B’s back in the game with them being down 1-0.

“I thought it was a decent chance to get the guys in the game,” he said. “I think they enjoyed it.”

— Patrice Bergeron tied things up at 1-1 in the second period with Boston on the power play.

The tally marked the 30th of the season, marking the sixth time the top-line center has accomplished the feat. And Bergeron joined some pretty elite company in the process.

Patrice Bergeron recorded his third straight 30-goal season and sixth career with the @NHLBruins. Only three players have registered more with the franchise. #NHLStats pic.twitter.com/JI5KzesTEs

— The Panthers played with intensity for the majority of the 60-plus minute game, something the Bruins at times couldn’t keep up with. But Boston changed its tune, and Cassidy credited it to everyone having “something on the line.”

“I didn’t think we had our A-game, Jack,” the head coach told Edwards and Brickley. “We started on time, we had a good first period, defended well, had some looks at the net. But I didn’t think we had our skating legs. Maybe the ice was heavy because neither team was really pushing it. As the game went on you saw a little more offense. Obviously (the Panthers) are fighting for their playoff lives. We’re fighting for first place. So everybody’s got something on the line. We’re here to win.”

— Marchand picked up an assist in the win, extending his point streak to the longest active in the NHL.

— Boston looks to make it five straight when it welcomes the Tampa Bay Lightning to TD Garden on Saturday night. 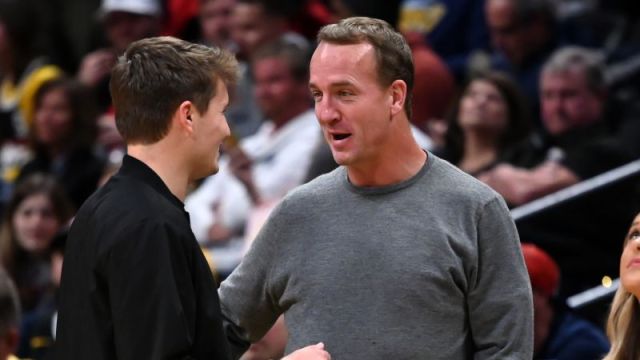 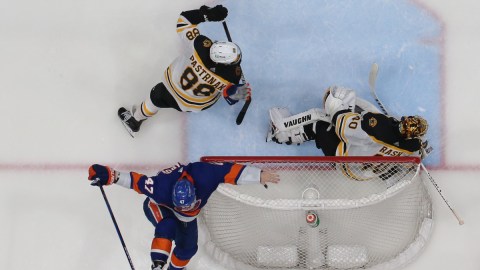 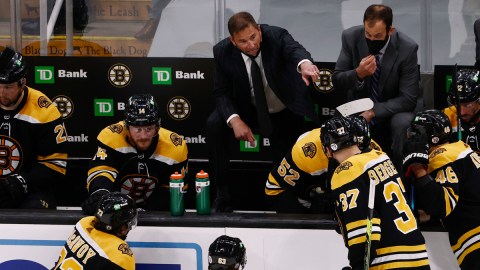 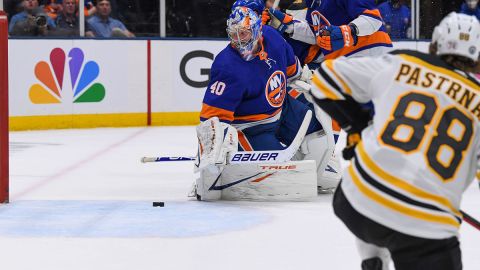 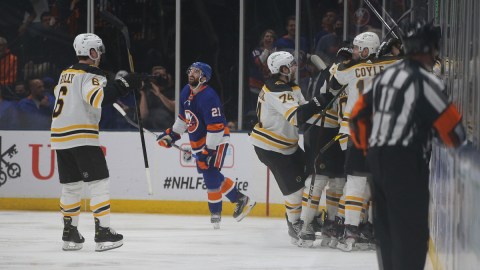