But the verdict was more than just another two points for Boston, though it did mean the Bruins are the first team to reach 100 points on the season. It also marked Rask’s place in NHL history.

According to SportsNet, the 33-year-old became just the second Finnish goalie in league history with 50 career shutouts, joining Pekka Rinne.

It’s also worth checking out this impressive stat:

Blanking the Flyers to snap their 9-game winning streak & give his @NHLBruins a 2-0 win tonight, Tuukka Rask is the 32nd goalie in NHL history to reach the 50 career shutout mark but just the 8th of those to hail from outside of Canada

Rask has had success against the Metropolitan Division teams this season, posting a 5-0-2 record with a 1.23 goals-against average and .960 save percentage. He also has recorded three shutouts.

After the game, Charlie Coyle — who spent some time trying to score on Rask while he was a member of the Minnesota Wild — praised his teammate, adding he’s even “tough to score on” during practice.

“He’s that caliber goalie,” Coyle said, as seen on NESN’s postgame coverage. “The saves he makes, and I remember playing against him. Even practice it’s tough to score on that guy. He battles … makes it look easy sometimes, or most of the time, rather. That’s a good team. They’ve been on fire and the saves that he had tonight were so huge. And he did his job. We like to see it every night, we want to help him out as much as we can. I think we gotta help him out a little bit more. But we have all the confidence in him and obviously (Jaroslav Halak) back there. Tonight it was his job and he took control.”

As for Rask, he wasn’t even aware that the 50 shutouts was a milestone.

Here are some other notes from Tuesday’s Bruins-Flyers game:

— Notably, Bruce Cassidy now has at least 100 points in each of his first three full seasons as the Bruins head coach.

— Matt Grzelcyk got the scoring started for the Bruins in the second period with his fourth goal of the season on a blast from the high point to finally beat Flyers goalie Carter Hart.

— Coyle also helped keep Philadelphia off the board with a diving stop on Scott Laughton who, for whatever reason, elected to pass it to Kevin Hayes rather than shoot on a 2-on-1.

“You never wanna give something up like that,” Coyle said. ” … Especially (when the game is) 0-0. … I just tried to get back. … I know Hayes was kind of cocked and ready there. He’s had a few shorthanded goals this year. I think that’s all I had so I just went for it … and it played in my favor.”

Rask had nothing but positive things to say after the game about the play.

“It was a huge play,” he said, per the Bruins. “It was a tough bounce over his stick I saw it develop there. I was kind of like, ‘Whoa, here we go.’ … I didn’t realize how big of an effort he made to come back and he dove and cut that pass off. I think that gives us a lift. It definitely could have been a different game if they scored on that.”

— Hart, who was a big reason why the Flyers were on a nine-game win streak heading into Tuesday’s game, earned high praise from Cassidy.

“He’s gonna be a great one, that kid,” Cassidy said on NESN’s postgame coverage to Jack Edwards and Andy Brickley. “Rock solid in there, along with Tuukka. So it was two really good goaltenders tonight and we just happened to come out on the right side of it.”

— Even without Brandon Carlo and Torey Krug, who both are nursing upper-body injuries, Cassidy was pleased with the six blueliners.

“Listen I thought they were good,” he told Edwards and Brickley. “They’re gonna have to play well and be comfortable in these games against good teams. Our expectations are high. We expect to playing in April, May, hopefully into June. So they’re gonna get some opportunities down the road (and) they need to be ready for it. But they were good tonight. …”

— Boston is back in action Friday night when it travels to Buffalo to take on the Sabres. Puck drop from KeyBank Center is set for 7 p.m. ET. 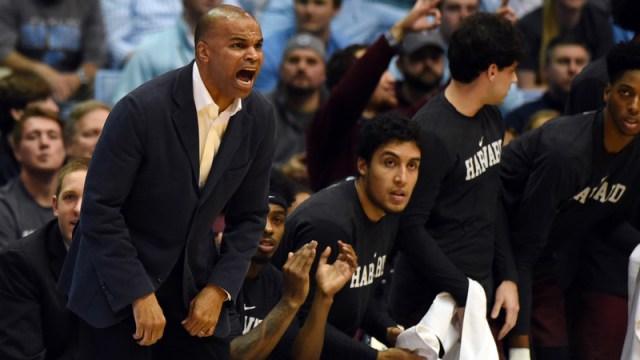 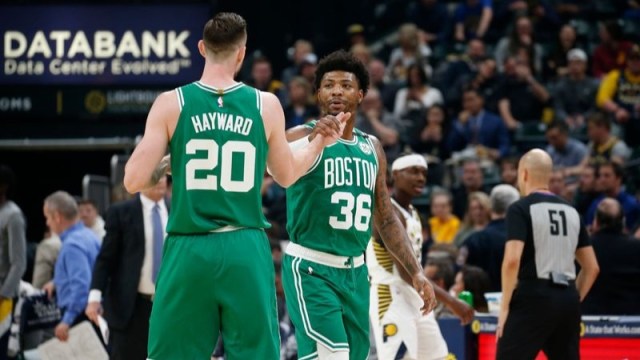