The hypothetical scenario is intriguing, to say the least.

What if the San Francisco 49ers signed Tom Brady in free agency, opening the door for Jimmy Garoppolo to return to the New England Patriots?

The Niners, fresh off a Super Bowl LIV loss to the Kansas City Chiefs, seemingly would boost their championship odds for the 2020 season, while the Patriots would land a viable Brady replacement with upside who’s both relatively young and familiar with New England’s offensive system.

Eric Mangini, who served on Bill Belichick’s coaching staff in New England from 2000 to 2005, isn’t quite buying the idea, though, largely because he doesn’t think it makes any sense for the 49ers.

“If this does work out, it?s genius for Tom Brady. If Tom wants to go play for his hometown team and he gets an opportunity to do that,” Mangini said on Wednesday’s episode of “First Things First” on FS1. “The only way I could see San Francisco wanting to do that is if they think, ?OK, this is a two-year deal, and then in two years we?ll get Kirk Cousins,? which is who they wanted a long time ago. My thought process is, if they?re gonna do it, ?We?ll go get Tom for two years. He gives us a better opportunity with this good defense and this team we have to go win the Super Bowl because we don?t trust Jimmy G? — if that?s the thought process — ?and in two years we?ll replace him with Kirk, who we wanted initially, anyways.? That?s how I could see that part working.

“It works for Tom, he can go to his hometown team. It doesn?t make sense from a system fit. It?s not anywhere near the system Tom has ever run or been successful with. And from a New England perspective, it makes sense if you get a guy at 26, 27, 28 million dollars for three years, it would make total sense for New England from there. But do I see this happening? No, I don?t think it?s gonna happen at all.”

Nick Wright also threw some cold water on the idea Wednesday, pointing out the hypothetical scenario made more sense for New England than San Francisco despite the 49ers landing the greatest quarterback in NFL history. Garoppolo will turn 29 this season, whereas Brady is entering his age-43 campaign, and there’s reason to believe the former has room for growth while the latter showed signs of regression in 2019.

Still, the whole thing would be amazing from a narrative standpoint. Garoppolo, of course, was viewed as Brady’s logical successor in New England until the Patriots traded him to the 49ers for a second-round pick in October 2017. San Francisco subsequently signed Garoppolo to a five-year, $137.5 million contract extension.

?It would just amaze me that they felt that strongly that they don?t have the answer in San Francisco, that they can?t win with Jimmy G, that they need to go get someone like Tom Brady in order to win the Super Bowl,” Mangini said Wednesday. “And to me, that?s an utter failure in terms of the trade and what they paid Jimmy Garoppolo if they feel that they can?t win a Super Bowl with him based off what they invested in him.”

This all makes for great debate. But is it realistic? Probably not, although at least one report suggests otherwise. 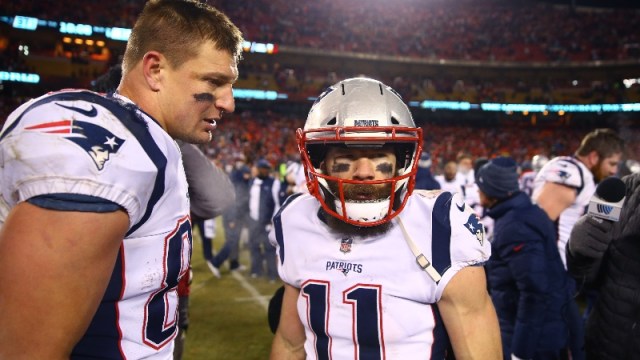 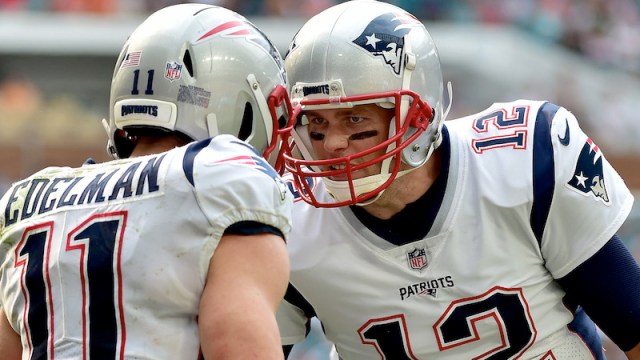