While the rest of the NFL was throwing around money to other teams’ free agents Monday, the New England Patriots were locking up their own players. It’s an annual tradition that drives Patriots fans crazy.

So, let’s head into this mock draft assuming the Patriots will keep, not trade, Thuney and won’t re-sign quarterback Tom Brady.

If the Patriots wound up trading Thuney for a draft pick, just assume we’d use it on a guard or a tackle who can convert to guard.

We used Fanspeak’s premium mock draft simulator using CBS’s prospect rankings. We didn’t like any of the trades offered, so we stuck with the Patriots’ current 12 picks.

First Round, 23rd overall: OLB Zack Baun, Wisconsin
The Patriots lost linebacker Kyle Van Noy to the Miami Dolphins and Jamie Collins to the Detroit Lions on Monday. So, let’s take a hybrid edge defender in the first round who can fill a similar role.

Baun moves well and had 12.5 sacks last season in the B1G.

Third Round, 87th overall: TE Adam Trautman, Dayton
Perhaps the Patriots’ biggest need is at tight end, but there’s not really a player worthy of a first-round pick in this draft. Perhaps if they trade into the second round, the Patriots could take Notre Dame’s Cole Kmet or Washington’s Hunter Bryant.

We like Trautman a lot for his 6-foot-5, 255-pound size and potential as a blocker. You’d be forgiven if you didn’t know Dayton had a football team. We don’t love that.

Third Round, 98th overall: WR Lynn Bowden Jr., Kentucky
Bowden is a little rough around the edges, but he’s smart and willing to do anything to help his team win. Last year, that included playing quarterback in the SEC. He’s a playmaker with some versatility.

Third Round, 100th overall: QB Jalen Hurts, Oklahoma
Drafted a round higher than Jarrett Stidham was last season, Hurts could theoretically compete for the starting quarterback job. If he doesn’t win it, he could still have a role as a versatile chess piece in the Patriots’ offense as a rookie.

Sixth Round, 195th overall: DT Benito Jones, Ole Miss
The Patriots should be looking for developmental defensive linemen. At 6-foot-1, 316 pounds, Jones can hold his ground in the middle of a defense.

Sixth Round, 204th overall: S Geno Stone, Iowa
Stone didn’t test well at the combine, running a 4.62-second 40-yard dash, but he’s all over the board when it comes to draft rankings. The Patriots could use a developmental safety behind McCourty, Patrick Chung, Duron Harmon and Terrence Brooks.

Sixth Round, 213th overall: TE Charlie Taumoepeau, Portland State
At 6-foot-2, 240 pounds, he might be more of a fullback in the NFL. He tested well and caught 117 passes for 1,876 yards with 11 touchdowns in his college career. 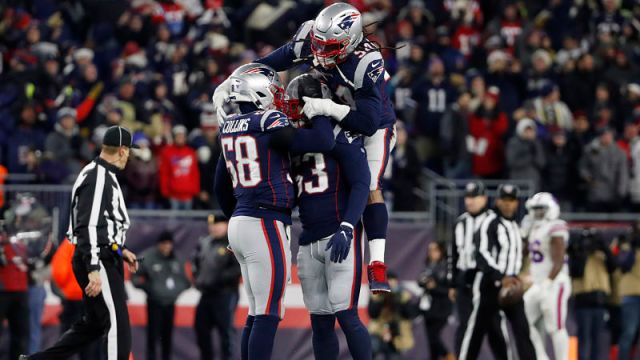 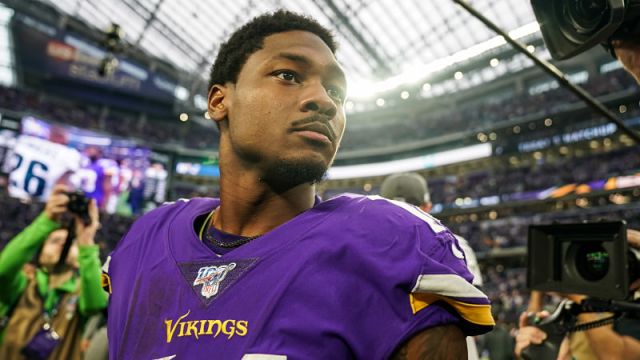