The New England Patriots must have a backup plan for their quarterback position as Tom Brady’s free-agent fate continues to hang in the balance.

The Patriots have two in-house options at quarterback in second-year pro Jarrett Stidham and journeyman Cody Kessler. The Patriots could wind up rolling with Stidham if Brady indeed leaves in free agency. Stidham will be cheap next season, but there’s no guarantee he’s a starting-caliber quarterback one year after being selected in the fourth round of the 2019 NFL Draft.

The Patriots also could elect to draft their next quarterback if someone like Jordan Love or Justin Herbert falls to where they’re picking in the first round at No. 23 overall.

Ideally, the Patriots will bring back Brady. He gives them the best chance to compete in 2020 and possibly 2021, as well. But if Brady leaves, then New England’s most likely option would be to look from outside the organization to find their next starter or a veteran quarterback to compete with Stidham.

Here are their options ranked from best to worst:

1. Jimmy Garoppolo
Garoppolo showed some of his limitations in the San Francisco 49ers’ Super Bowl LIV loss to the Kansas City Chiefs, but he’s young, he still has upside and he knows the system.

This only could transpire if the 49ers sign Brady and then trade Garoppolo to the Patriots. It’s unlikely, but we’re putting it on the table.

2. Derek Carr
Carr wouldn’t be the sexiest choice, but he’s a pretty good quarterback, and the Patriots would know what they would be getting. While his upside is limited, Carr has a pretty high floor as a QB. He had his best statistical season in 2019 when he completed 70.4 percent of his passes for over 4,000 yards with 21 touchdowns and eight interceptions.

This only would work if Brady signs with the Las Vegas Raiders and Carr is traded to New England.

3. Ryan Tannehill
Based solely on his performance in 10 games last season with the Tennessee Titans, Tannehill would be atop this list. He led the NFL with a 117.5 passer rating. But we don’t live in a vacuum. That would be cramped.

Tannehill previously had six subpar seasons under his belt with the Miami Dolphins. And we’ve seen quarterbacks previously experience breakout seasons then fall back down to earth. Still, he’s an attractive option based on what he accomplished last season.

Tannehill is a free agent. Brady probably would have to sign with the Titans for Tannehill to become available. Otherwise, it seems Tannehill is heading back to Tennessee.

4. Teddy Bridgewater
Bridgewater went undefeated in five starts with the New Orleans Saints last season. It was his most active season since blowing out his knee in 2016 with the Minnesota Vikings.

Bridgewater was solid as a starter with the Vikings in 2015. He’s only 27 and still has upside. He’ll be a free agent.

5. Philip Rivers
If Rivers was younger, he’d be higher on this list. But he’s 38 years old and wasn’t great in 2019. He completed 66 percent of his passes but threw 23 touchdowns to 20 interceptions. Paying Rivers big bucks on the open market in free agency would be a tough way of finding out he’s over the hill.

6. Cam Newton
The Patriots would have to trade for Newton unless the Panthers elect to release him. He’s dealt with shoulder and lisfranc injuries over the last two seasons, and no one seems to know if he’s healthy.

Newton will be 31 years old and had a dismal start to his 2019 season. If the Patriots did acquire him, they would be hoping he could recapture the glory from his 2015 season.

7. Jameis Winston
Wintston led the NFL in passing attempts, yards and interceptions last season. That last metric is most important. Winston threw for 33 touchdowns and 30 interceptions in 2019.

He’s shown promise in his young NFL career, but he also comes with some obvious risks. The hope here is that some better coaching could keep Winston from making so many mistakes.

8. Andy Dalton
It’s difficult to remember now, but Dalton led the Bengals to five consecutive winning seasons from 2011 to 2015. He’s still under contract with Cincinnati, but the Bengals likely are looking to trade him.

Dalton has a limited ceiling. but he still could be a starting-caliber quarterback to compete with Stidham.

9. Marcus Mariota
Mariota got benched midway through the 2019 season, and the Titans went on a roll with Tannehill.

Mariota has some obvious limitations, but he was a first-round pick just five years ago, and he’s still only 26 years old. He’d be worth the risk as a free agent if the price is right.

10. Jacoby Brissett
If the Colts sign Rivers, then could Brissett suddenly become available via trade?

He was a below-average starter with the Colts last season, but he knows the system and could bridge the gap between Brady and the Patriots’ next franchise quarterback.

11. Nick Foles
It seems unlikely the Jacksonville Jaguars would trade Foles, but if they believe Gardner Minshew is their guy, then perhaps they could unload Foles for the right offer.

He won a Super Bowl against the Patriots but hasn’t found much success outside of Philadelphia.

12. Case Keenum
Remember what we were saying about Tannehill and one-year wonders? Yeah, Keenum falls under that category. He went 11-3 with the Minnesota Vikings in 2017 and put together a 98.3 passer rating that season. Since then, he went 6-10 with the Denver Broncos and 1-7 with the Washington Redskins.

Keenum could be brought aboard to compete with Stidham.

He wouldn’t be guaranteed a starting job, but he’s worth a flier.

14. Taysom Hill
Hill has upside and versatility, but the Patriots would need to cough up a first-round pick to acquire him from the Saints as a restricted free agent.

Is he worth that, plus a large contract? Eh.

15. Joe Flacco
Flacco never has been an elite quarterback despite winning a Super Bowl with the Baltimore Ravens in 2012. He has tons of starting experience, however, and if the Patriots built a strong team around him, then perhaps he could go back to his winning ways.

OK, you can laugh a little bit.

He’ll be really cheap, and he led the Jaguars to a 10-6 record three years ago. It’s possible to win with Bortles. It’s not easy, but it’s possible.

It’s probably not going to happen, but he’s still young and two years removed from being a first-round pick.

18. A.J. McCarron
He’s 2-2 in his limited career as a starter, and he has roots with Alabama and Nick Saban. He’s worth a mention.

19. Nate Sudfeld
The Philadelphia Eagles always seemed to like him, and now he’s a free agent. He’d be an interesting guy to put in camp to compete with Stidham. The Patriots previously rostered his brother, tight end Zach Sudfeld, in 2013.

20. Chase Daniel
Daniel has played 10 seasons and started five games and made $35 million in career earnings. That’s unbelievable! He was fine as a spot starter with the Bears last season, and he could be an upgrade over Kessler as a backup to Stidham. 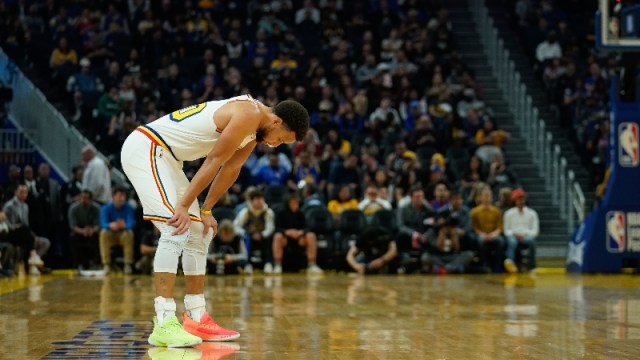 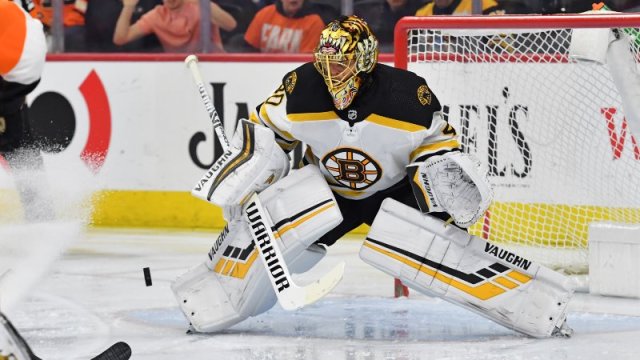